Myths And Legends: The Ghosts Of The Dakota 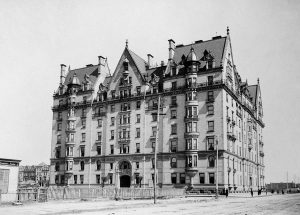 “Your girlfriend lives in the corner penthouse of spook central.” Ray Stantz (Dan Aykroyd) delivers that line to fellow Ghostbuster Peter Venkman (Bill Murray) in the 1984 comedy/horror classic, one of my all-time favorite films. The building Ray is referencing happens to be one of New York City’s oldest and most renowned structures, The Dakota. This cooperative apartment building, located in Manhattan at 72nd Street and Central Park West, is well known for its many famous residents throughout its history, but—the Ghostbusters notwithstanding—it has also produced its share of all things supernatural.

Built in the 1880s, The Dakota’s first owner, Edward Cabot Clark, hosted many séances there. Assuming he succeeded in welcoming spirits from the other side, that might account for the many sightings through the decades. 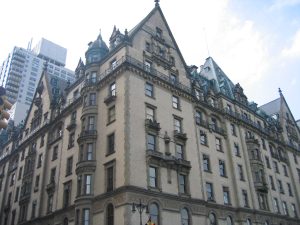 I took this photo of The Dakota during a Big Apple visit.

Without a doubt the most heartbreaking occurrence at The Dakota was the 1980 murder of one of its most famous residents, John Lennon, in the building’s archway. His widow, Yoko Ono—who I believe still lives there—related that, after his death, she saw him reappear at the piano in their apartment. He looked at her and said, “Don’t be afraid, I’m still with you.”

Previously, Lennon had claimed that he’d seen the Crying Lady Ghost wandering through the hallways. So have other tenants. Many other sightings of Lennon himself, both inside and outside—the latter at the spot where he was killed—have been reported.

Other tenants insist that the ghost of a young girl also roams the hallways. A benevolent spirit, she waves at people as they go past. She also hails passersby below from a window, and—this is seriously creepy—she bounces a rubber ball on the hallway floor. 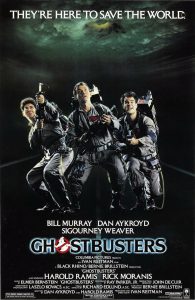 Back in the 1930s an electrician reported a number of sightings of what became known as “the man with the wig.” This occurred in the building’s basement. The ghost had a short beard, a big nose, and wore wire-rimmed glasses, which fit the description of The Dakota’s original owner, Edward Cabot Clark. According to the electrician, the ghost looked rather pissed off as he removed his wig and waved it at the terrified guy. Surprising that he came back for more.

In the 1960s some construction workers outside the building told of a ghost with the body of a man but the face of a little boy suddenly appearing. He watched them work but said nothing, eventually vanishing.

Remember the great 1968 horror movie, Rosemary’s Baby? Remember The Bramford, the building where Rosemary Woodhouse, her husband, and the creepy neighbors lived? Yep, that was The Dakota. And notice what building is on the cover of Ira Levin’s novel. 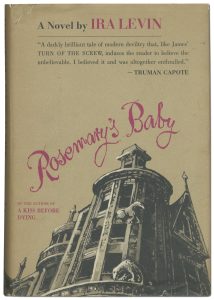 On a visit to the Big Apple about two decades ago, my bride and I just had to see The Dakota up close and personal. We didn’t go in; they likely have security up the wazoo. But if you ever manage to get past it…enter at your own risk.