Myths And Legends: The Friendliest Ghost In San Francisco 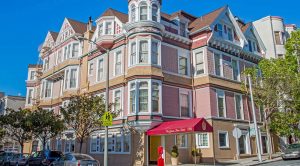 The Queen Anne Hotel in the City by the Bay probably didn’t ask for the notoriety that comes with being haunted. But then, it didn’t count on housing the spirit of a woman named Mary Lake.

The Queen Anne Hotel wasn’t always a hotel. Built in 1890, the Victorian structure began life as a high-end girls’ boarding school, and Miss Mary Lake served as its headmistress.

The man who funded the building, Senator James “Slippery Jim” Fair (great nickname for a politician), had an affair with Mary, who at the time vehemently denied it. Still, she could never live it down, though she continued to serve the school. 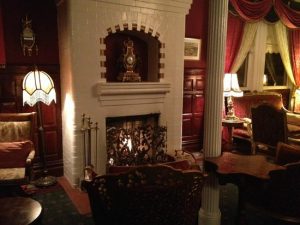 Does the spirit of Mary Lake dwell in Room 410?

After Mary’s death the building was converted to the hotel. Its subsequent owners ranged from church people to bordello owners to a strange, secret society. Somehow, its haunting seemed inevitable.

Hauntings at the Queen Anne Hotel began after its conversion, and since many of them occurred in Room 410—which had once been Mary Lake’s office—the consensus is that her spirit was the one that had taken root there. But unlike the majority of other ghosts, Mary has been nothing but helpful and friendly toward the hotel’s guests and staff. Visitors have had their suitcases unpacked, clothes neatly put away, and “hands” tucking them into bed at night while a quiet, eerie voice sang to them. There was even an incident where a guest woke up on the floor of Room 410 in the middle of the night, all nicely tucked in. How thoughtful of Mary!

Paranormal activity is not limited to the rooms. There have been reports of cold spots in various hallways, as well as creepy reflections in some of the hotel’s mirrors. As for the aforementioned secret society: what kind of weird rituals could they have been involved in during their tenure?

The City by the Bay has a whole lot more ghostly activity in its long history. Check out the Haunted San Francisco Ghost Tour for information.