Gather ’round the campfire, kiddies, and let’s see if we can gross one another out with some juicy lines from a few creepy movies. The first three sets are from films that feature cannibals. Yum!

“A census taker once tried to test me. I ate his liver with some fava beans and a nice chianti.” Hannibal Lecter (Anthony Hopkins) in the 1991 Academy Award winner, The Silence of the Lambs. (You can provide the tasty tongue flapping at the end.)

One more from the personable Dr. Lecter: “I do wish we could chat longer, but I’m having an old friend for dinner. Bye.” 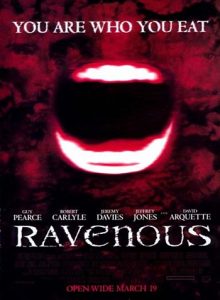 Dr. Chilton, head of the Baltimore State Hospital for the Criminally Insane, shows Clarice Starling a photo of one of Lecter’s victims: “The doctors managed to reset her jaw, more or less. Saved one of her eyes. His pulse never got above 85, even when he ate her tongue.”

“If you die first, I am definitely going to eat you, but the question is, if I die, what are you going to do? Bon appétit. Eat or die.” Col. Ives (Robert Carlyle) from the 1999 horror/western, Ravenous.

One more from Ives as he watches some riders approach the fort: “Breakfast, lunch, and…reinforcements.”

And a final one from Col. Hart (Jeffrey Jones): “It’s lonely being a cannibal, tough making friends.” (Oh, ya think?) 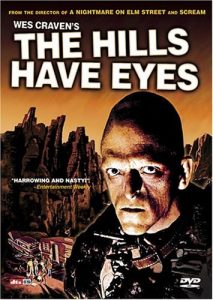 “You could have dinner with us. You like head cheese? My…my brother makes it real good. You’ll like it.” The Hitchhiker (Edwin Neal) in The Texas Chainsaw Massacre (1974).

The Hitchhiker also told his unwilling dinner guests, “My family’s always been into meat.”

Okay, enough with the cannibals. This next line, uttered by Melanie Ballard (Natasha Henstridge) in Ghosts of Mars (2001), is in response to a pickup line: “Let me put it this way. Maybe I’d sleep with you if you were the last man on Earth. But we’re not on Earth.”

“Whoa, whoa. You better watch what you say about my car. She’s real sensitive.” Arnie Cunningham (Keith Gordon) is in love with his 1958 Plymouth Fury in the 1983 Stephen King story, Christine. 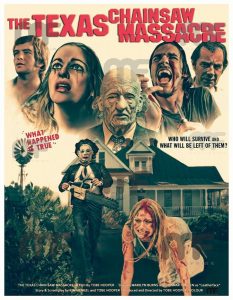 I mean, seriously in love with his freaking killer car: “Let me tell you something about love, Dennis. It has a voracious appetite. It eats everything. Friendship. Family. It kills me how much it eats. But I’ll tell you something else. You feed it right and it can be a beautiful thing, and that’s what we have.” (Kid definitely needs a shrink.)

In the 1980 John Carpenter classic, The Fog, disc jockey Stevie Wayne (Adrienne Barbeau) broadcasts this final warning: “I don’t know what happened to Antonio Bay tonight. Something came out of the fog and tried to destroy us. And in one moment, it vanished. But if this has been anything but a nightmare and if we don’t wake up to find ourselves safe in our beds, it could come again. To the ships at sea who can hear my voice, look across the water, into the darkness. Look for the fog.”

Horror movies: they’re not just for Halloween, are they, kiddies? Heh heh heh. 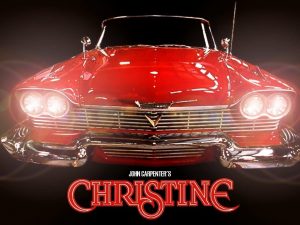