Cruising Through The MonsterVerse: Part One 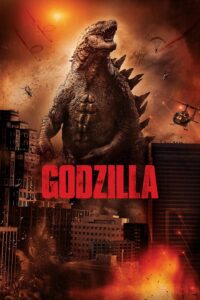 Whoops, I’m a bit tardy with my post about the film franchise known as the MonsterVerse, but better late than never. Here is Part One.

The MonsterVerse, produced by Legendary Entertainment, didn’t actually start out to be a franchise, but rather a vehicle for an American reboot of Godzilla. It was only after Legendary acquired the rights to King Kong and visualized the two famous monsters appearing in a film together down the road that the MonsterVerse was born. As of this writing there are four films in this successful universe, which has grossed just under $2 billion worldwide.

The initial film not only brought back the well-known lizard but also introduced audiences to the creepy MUTOs (Massive Unidentified Terrestrial Organisms) as the “villains” of the story. We also learn of an organization called Monarch, funded by various governments to monitor the re-emergence of these and other monsters that will come to be known collectively as Titans.

Fifteen years after a nuclear meltdown at a Japanese power plant, apparently caused by one of the MUTOs, Godzilla is awakened. His existence had been kept secret by the U.S. government since the ’50s. Now, he is the only hope against the two MUTOs, who are attempting to get together (in California, no less) to reproduce. The story will culminate in San Francisco with a massive clash of the Titans.

The film’s lead is Aaron Taylor-Johnson, with Elizabeth Olsen as his wife. (Yes, the Maximoff siblings in The Avengers!) Additional star power is provided by Bryan Cranston, Juliette Binoche, Sally Hawkins, Ken Watanabe, and David Straithairn. Impressive! But, of course, the real star is that rockin’ radioactive reptile from the deep, Go-Go Godzilla!

Critics liked the film to the tune of 76% positive reviews on Rotten Tomatoes. It also did well at the box office, a sure sign that more films in the MonsterVerse would be coming. I also enjoyed Godzilla, with one caveat: a great deal of it was shot in some form of darkness, either at night, or underground, or in smoke or fog or rain, or underwater. (The same would be true of a later film in the franchise, Godzilla: King of the Monsters.) But, that’s just me. I could not have been more pleased to have a series of new monster movies in the offing. 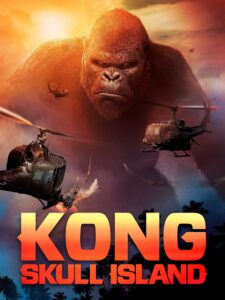 As I mentioned, after Legendary negotiated the rights to King Kong, a series was inevitable. Kong: Skull Island became an origin story, with the young—but quite enormous—gorilla holding court over his isolated tropical island. (I wrote about this film at length in a recent post. Check it out.)

The story is set in 1973, at the tail end of America’s involvement in the Vietnam conflict. The Monarch organization, thriving in the first film, is on life support back then, until Kong—and a whole slew of other monsters—is discovered. In addition to Kong we have Skullcrawlers, gigantic buffaloes, a Psychovulture, a Spore Mantis, among others. And, perhaps even more significant, a post-credits scene shows the surviving members of Monarch, now a viable organization, introducing viewers to additional Titans on the horizon: Rodan, Mothra, and Monster Zero (Ghidorah). Along with solid reviews and strong box office, Kong: Skull Island promised much more to come.

So were the next two films as rosy as the initial pair? More about the MonsterVerse in next week’s post.