The Word Of The Day Is…Godzilla! 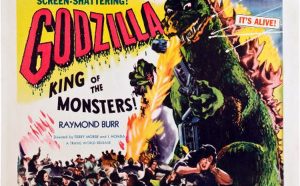 So why is an old guy like me so excited about the upcoming Godzilla movie? (Godzilla: King of the Monsters, release date May 31st. Next month!) Okay, I’m seventy-three (going on thirteen), and I’ve always loved monster movies, and I’ll still love ’em when I’m a hundred and three.

When I was a kid growing up in The Bronx, we had about half a dozen television channels. (Yes, you smart-asses, they had invented television by then.) A local station, channel 9, had a show called Million Dollar Movie, where “B” films—maybe some “A” too—were shown for the first time on TV. Starting on Monday a movie would air about three times a day during the week, and at least five or six times a day on weekends. They seemed to have a thing about monster movies, so when one of them was featured, I watched it a dozen times or more by Sunday night. (My mom could not understand that.)

Starting in 1956 with the original Japanese Godzilla movie (they dubbed it in English and stuck Raymond Burr into some scenes for American audiences), I got hooked on all of the Toho Studios monster flicks. The early ones included Rodan (a prehistoric Pteranodon), Mothra (yep, a giant moth), and the three-headed dragon monster, King Ghidorah. 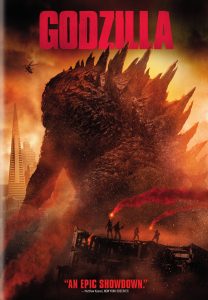 Godzilla: King of the Monsters is a sequel to the 2014 film, Godzilla, and the thirty-fifth overall Godzilla movie. (I enjoyed this version, but my favorite is still the much-maligned Godzilla 1998, starring Matthew Broderick. See my post, “Guilty Pleasures: Godzilla 1998.”) It is also the third film in Legendary Pictures’ MonsterVerse, with Kong: Skull Island sandwiched in-between. Some of the actors from the 2014 film will return (Sally Hawkins, Ken Watanabe, David Strathairn), but for the most part it will be a new cast, including Millie Bobby Brown (Eleven) from Stranger Things. 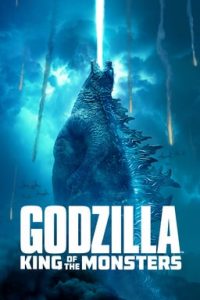 But the most exciting thing about the new Godzilla film? I’ll let this press release from Legendary Pictures and Warner Bros. tell the tale: “The heroic efforts of the crypto-zoological agency Monarch as its members face off against a battery of god-sized monsters, including the mighty Godzilla, who collides with Mothra, Rodan, and his ultimate nemesis, the three-headed King Ghidorah. When these ancient super-species—thought to be mere myths—rise again, they all vie for supremacy, leaving humanity’s very existence hanging in the balance.”

Yes, this will be a veritable monster mash! A reunion on a grand scale, if you will. And if this is not enough, 2020 will bring us Godzilla vs. Kong, the fourth film in the MonsterVerse.

Can you see why this old kid is so excited?