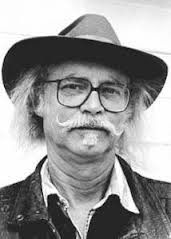 William Patrick Kinsella was born in Edmonton, Alberta in 1935. He did not attend college until well into his thirties, first receiving a BA in Creative Writing from the University of Victoria in 1974, and then an MFA from the University of Iowa’s Writers’ Workshop in 1978. He began publishing collections of short stories during and after his time in Iowa, his primary subjects being baseball and First Nations—the indigenous native people of Canada.

Wanting to SHOW how he felt about Iowa he wrote a short story about a ballplayer, Shoeless Joe Jackson, who had been banned from baseball—wrongly, most believed—for being involved in a plot to throw the 1919 World Series. His father had often spoken about Jackson. For Kinsella, WHAT IF? kicked in (see my post, What If?), and the result was Shoeless Joe Jackson Comes to Iowa, the featured story in a collection published in 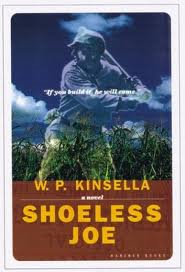 1980. The expanded novel, Shoeless Joe, was published a couple of years later. About it, the New York Times Book Review said, “Mr. Kinsella is drunk on complementary elixirs, literature and baseball, and the cocktail he mixes of the two is a lyrical, seductive, and altogether winning concoction.”

Iowa became an acquired taste for me when I met Jacqueline, my wife-to-be, in 1990. Born in Cedar Rapids and a graduate of the University of Iowa, she bleeds Hawkeye black and gold. Using a great line from Field of Dreams, where Ray Kinsella talks about meeting his wife in college, I tell people that when we first met, we realized that we had something in common: she was FROM Iowa, and I had once HEARD of Iowa. In any case, W.P. Kinsella’s vivid descriptions of this heartland state have long since come to life for me during our many trips back there.

Though mostly known for his short story collections, Kinsella wrote a few other novels, including another of my favorites, The Iowa Baseball Confederacy. More baseball, more Iowa, more magical realism, and in this one, even Native Americans. What more could I want? The story involves an exhibition game that may or may not have happened in 1908 between a team of all-stars from an amateur league and the barnstorming Chicago Cubs. It’s the 1980s, and Gideon Clark is out 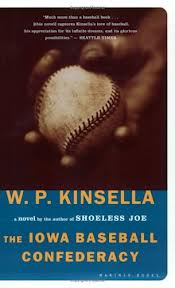 In Kinsella’s prose you see and feel the playing surface—the “smell of the grass,” as Kinsella calls it. You hear the crack of the bat, the calls of the vendors as they hawk their peanuts and popcorn. The field itself becomes a “character” in the story. You don’t read his stories as much as you PARTICIPATE in them.

Fortunately, the drought ended last year with the publication of a new book, Butterfly Winter, expanded from a couple of short stories that he had written a long time ago. Published by Enfield & Wizenty, a small press in Winnipeg, Butterfly Winter is “the story of Julio and Esteban Pimental, twins whose divine destiny for baseball begins with games of catch in the womb. They mature quickly and by the age of ten they leave their home in the fictional Caribbean country of Courteguay for the American major leagues. They are monitored by the 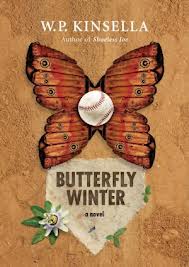 Wizard, a mysterious figure who travels by hot air balloon and controls events behind the scenes. This novel includes a great love blessed by butterflies and a political undercurrent that unites the wealthy north with the baseball-loving and oppressed south.” Sounds awesome; can’t wait to read it. Just received my copy—autographed, no less.

He spots a raft at sea, its occupant waving at him. The man in the raft is Clemente, and he says that he is the sole survivor of a crash that occurred—only a few days ago. The narrator, a fan, agrees that he looks like the 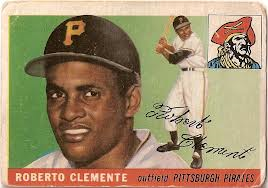 Clemente of fifteen years ago, age thirty-eight then, but how can this be? His beard is little more than five days’ growth.

SWORDS & SPECTERS: my adventure fantasy novel, The Sorcerer of Mesharra—third book in the Ro-lan lost

world series—is now available in both paperback and Kindle editions on Amazon. Enjoy!