Jack Miller And Me: One And The Same? 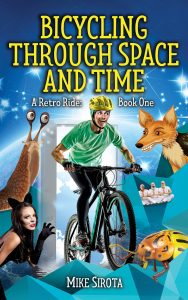 Bicycling Through Space and Time, the first book of my comedy/science fiction series featuring cosmic bike rider Jack Miller, was initially not supposed to get published. I wrote the three books during the late 1980s-early ’90s with the idea of preserving my sanity during a challenging period of my life. I shall endeavor to explain.

A couple of months after that I rode from Oceanside to Huntington Beach and back. That’s one hundred miles, folks, aka a century. By that time I felt like forty-something going on thirty-something. 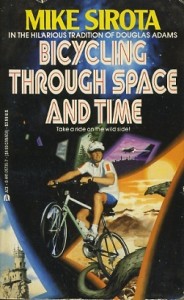 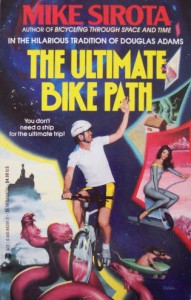 To take it one step further, I decided that laughing at myself would be even more cathartic, and so, on one particular hurtle down the hill, Jack Miller was born. He lived in the San Diego area and loved bicycling—like me. He wrote fantasy and sword and planet novels with minimal success—like me. He had a prototypical Jewish mother in South Florida—like me. He was divorced and looking for love in all the wrong places—yeah, like me. 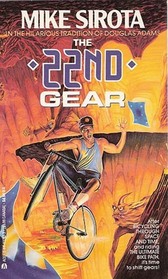 So I came up with a seventh chapter to balance out the lunacy—Jack rides his bike into late 1890s Austria and comes face-to-face with nine-year-old Adolf Hitler. He’d like to kill him, but the Prime Directive prevents this, and after a powerful soliloquy—which brought me to tears as I wrote it—Jack climbs on his bike and leaves little Hitler behind. (More details are in my post, “Writing Humor: It Doesn’t All Have to be Funny.”)

Did that help? Well, I sent the seven chapters under the title, Bicycling Through Space and Time, to Ace/Berkley, knowing that they did similar books. They immediately offered me a contract, my editor saying that chapter seven put it over the top. Needless to say, more “serious” chapters followed, not only in that book but also in its two sequels.

Bicycling Through Space and Time and its sequels had been out of print for many years—but no longer! I’ve just revised and released the first book under my Atoris Press imprint, and it is available in eBook and paperback from Amazon. Book two, The Ultimate Bike Path, will be published in May. Look for the third book, The 22nd Gear, in July.