Too Many Giants Spoil The Brew 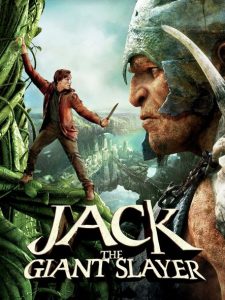 The 2013 fantasy-adventure film, Jack the Giant Slayer, is based on a nearly 300-year-old British fairytale titled, The Story of Jack Spriggins and the Enchanted Bean. We all know it better as Jack and the Beanstalk. I could have presented the film as a Guilty Pleasure, based on its terrible box office and so-so reviews—although one guy wrote that it was superior to The Hobbit, if you can believe that. I liked it just fine, though as you may recall, I’m easily entertained.

AN ADULT FILM—FOR THE WHOLE FAMILY?

The problem with Jack the Giant Slayer was not knowing what it wanted to be when it grew up. From an adult standpoint it highlighted the socio-economic theme of the difference between the haves and the have-nots, and it offered some rather scary, bloodthirsty giants, along with the tagline, “If you think you know the story, you don’t know Jack.” But then, they assumed that the story of a poor farm boy, a beautiful princess, and a huge beanstalk would appeal to the kiddies. A second tagline crowed, “Prepare for a giant adventure!” And the DVD cover quoted part of a review that said, “Giant fun for the whole family!” Plenty of confusion, ya think? 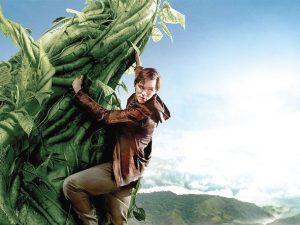 Jack is not too fond of heights.

A brief overview may reveal while this film flopped. Poor farm “boy” Jack is played by Nicholas Hoult, who was twenty-four at the time, though he looked young enough. He needs to sell the family horse (not a cow) to help his uncle. In town he defends the honor of Princess Isabelle from some assholes, not knowing she’s of royalty. His horse is taken by a monk, who gives Jack a handful of “magic” beans. His pissed-off uncle throws the beans under the floorboards of their shack. So far, so fun.

Isabelle hates her life. Her father, the king, insists she marry a much older nobleman named Roderick, who is a major asshole and the villain of the piece. She leaves the castle and rides around aimlessly, until a rainstorm forces her to seek shelter at an isolated farmhouse…yep, where Jack lives. The rain seeps into the shack and under the floorboards, causing the beanstalk to grow to enormous heights, taking the shack—and Isabelle—right up into the clouds to the realm of the giants (plural). Jack is left behind.

COMPANY ON THE WAY UP 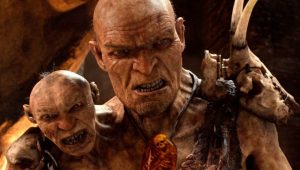 Fallon (and friend) is rather scary…

Jack is recruited to lead a rescue party that consists of a noble soldier named Elmont (Ewan McGregor), the nasty Roderick, and a squad of knights, most of the latter killed on the way up by Roderick’s equally nasty assistant. This is where it starts to turn more adult-ish. Roderick secretly possesses a crown once worn by a long-dead king who drove the giants back up to their realm, the crown giving him the power to do so. You can tell where this was going.

So unlike the old, beloved fairytale, which contained one giant, there are scores of them in this realm, including their de facto leader, the two-headed Fallon. And all of these guys—especially Fallon—would scare the socks off any kid. Heck, I found them unnerving. Jack manages to rescue Isabelle and Elmont before the latter is nearly cooked, but as you can guess, Roderick puts the crown on and makes slaves of the giants. His ultimate goal is to lead them all the way down the beanstalk, where he would destroy the king’s army and rule the kingdom. Can Jack, Isabelle, and Elmont stop them? 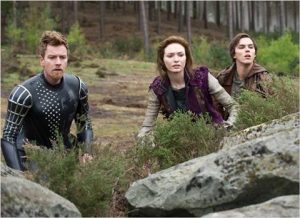 It is up to (l-r) Elmont, Isabelle, and Jack to save the day.

You can see where all of this intrigue deviated from the single giant and the simple plot in the old Jack and the Beanstalk tale. I’m not saying this was a bad thing. But some clarity on the part of the filmmakers could have made Jack the Giant Slayer a rousing success. (Better than The Hobbit? Nope.)