Robert Sorrels, the subject of this story, passed away a few months after I first published the post in 2019. 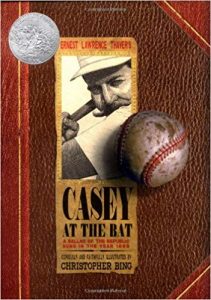 I’m old enough to have watched the original Twilight Zone series when it was new. It ran for five seasons, from 1959 to 1964, and was one of my favorite shows.

One of the best episodes in the first season, number 35, was titled, “The Mighty Casey.” I totally enjoyed seeing it again on Netflix, but afterward, in researching its history—as I had done with all of the previous episodes—I discovered something about one of the actors that shocked me. More on that shortly.

“CASEY AT THE BAT”

The title for that Twilight Zone episode came from a baseball poem, “Casey at the Bat,” written by Ernest Thayer in 1888. It tells the story of the “Mudville nine” and its superstar, a guy named Casey. The team is down by two runs in the ninth inning, but hope springs eternal, and if Casey can come up to bat with men on base, he could win it for the hometown fans.

Alas, the first two batters grounded out, and the next two batters preceding Casey were stiffs. “So upon that stricken multitude grim melancholy sat, for there seemed but little chance of Casey’s getting to the bat.”

But remarkably, the first man singled and the second man doubled. Two on, two out, and up strode Casey. He took strike one; he spat on strike two. Then, he swung: 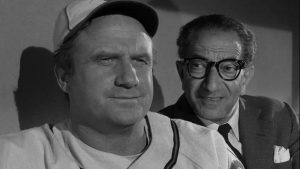 “Oh, somewhere in this favored land the sun is shining bright, the band is playing somewhere, and somewhere hearts are light, and somewhere men are laughing, and somewhere children shout, but there is no joy in Mudville, mighty Casey has struck out.”

In the Twilight Zone episode we meet manager “Mouth” McGarry (Jack Warden) of a hapless, now-defunct major league team called the Hoboken Zephyrs. He is so desperate for good players that he’s holding open tryouts for anyone who comes in off the street.

Enter Dr. Stillman, an inventor, with his protégé, a strapping young left-handed pitcher named Casey (Robert Sorrells). His fastball can hardly be seen, much less hit, and his secondary pitches are also untouchable. How can this be? McGarry wonders. Easy, says Dr. Stillman, Casey is a robot. 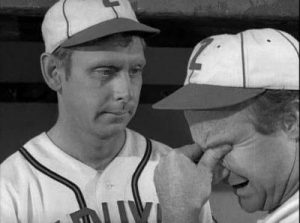 McGarry is frustrated by the inability of Casey (Robert Sorrells) to get anyone out.

Casey goes on to make the Zephyrs a winner, until the league commissioner decides that a non-human is ineligible to play baseball, since he has no heart. So Dr. Stillman installs one in Casey’s chest, and now, feeling compassion for all, Casey throws hittable pitches to every batter he faces. Goodbye, Hoboken Zephyrs.

DON’T FUCK WITH THE COWBOY

I’m always curious about the careers of actors that I’ve only seen in one or two memorable roles. Such was the case with Robert Sorrells, but I could hardly believe what I discovered. First of all, most of the actors from a sixty-year-old series were deceased, but Sorrells, at eighty-eight, was still alive. His place of residence: the California Department of Corrections, serving thirty-two years to life for murder and attempted murder. 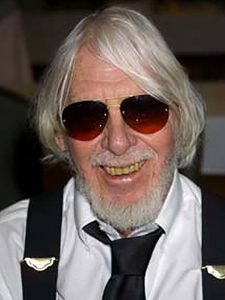 According to IMDB, Sorrells appeared in over sixty films and television shows, usually in bit roles. He portrayed cowboys in many of them, including Gunsmoke, Rawhide, and Bonanza. But by the early 2000s his career was long over, and now, in his seventies, he lived at a low-income senior residence in Simi Valley, northwest of Los Angeles. Said to be an outgoing man by neighbors, his personality changed following the death of his mother and his dog in 2003. He began drinking heavily, and in 2004 he was thrown out of a bar for harassing a woman. Soon after he returned with a gun, killed one of the bar patrons and wounded a second man, both of whom had escorted him out earlier. As he left the bar he shouted, “Does anyone else want to fuck with the cowboy?” He was arrested a few blocks away.

In 2005 Robert Sorrells pleaded guilty to one count of first-degree murder and one of attempted murder. And so he will spend the remaining years of his life in prison, a tragic end to the man who once played the Mighty Casey; a sad legacy. He did indeed strike out.