We all know some, guys included. 😊 I first presented this post in 2014. 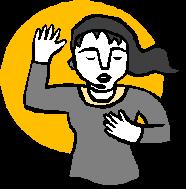 In facilitating read & critique workshops in my home for over a dozen years I’ve encountered more than my share of drama queens—and kings. The subject in this post is a compilation of them all.

First off, what do I mean by a drama queen? Well, just like actors rehearsing for a play or movie with script in hand, participants in read & critique are reading chapters from their current work in progress, usually a novel but upon occasion a narrative non-fiction project. The big difference: while the actors and actresses are worried as much or more about how they DELIVER those lines as what those lines say, we writers are only concerned with the basic elements of the story. Are the characters believable? Do the expository passages move the story forward? Is the dialogue crisp and authentic? Is there a story arc? And so on.

Remember, unless we’re talking about an audiobook (we’re not), people will be reading your words on paper, and they’ll be providing the appropriate emotions in their heads. With the infrequent exception of getting to read an excerpt of your book at a library or bookstore event, you won’t have the luxury of physically “entertaining” your readers. 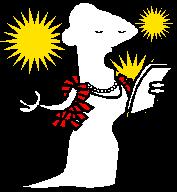 With multiple read & critique groups running simultaneously, and with turnover through the years, I had to continually “educate” my writers in the skill of dealing with a drama queen. Let me give you an example—an example we’ll call Shirley. This enthusiastic writer actually came from L.A. and had a (brief) background in stage and film, so what transpired from the first time she read in class was, I suppose, inevitable. Shirley stood (most of my writers never did), made eye contact with everyone in the room, and launched into her “act.” She read with great passion, modulating her voice to fit the characters, using hand and body language, facial expressions and so on, as if she were auditioning for a role in a play at the Old Globe. My other writers loved it; so did I.

But by the time Shirley was done—to a round of applause—I had scribbled down quite a few notes—issues that I found with one thing or another in her story; the usual, I guess, as it is with most works in progress. As facilitator I was always the last to speak, so we went around the room and discovered that my well-trained group, mesmerized by Shirley’s read, had practically nothing to say of a helpful nature. They had succumbed to the presentation, not the writing. 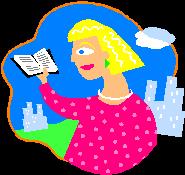 So yeah, they were surprised—and humbled—when I proceeded to deliver my litany of “this is what didn’t work for me in the pages you read.” Shirley took it well—why else was she there?—and afterward I gave the group my spiel on critiquing the words, not the “performance.” From then on they had no problem helping Shirley improve her story.

So does that mean I asked Shirley—and my other drama queens and kings—to cool her jets and read her work without the theatrics? No way! As noted before, I enjoyed it as much as everyone else. We all looked forward to hearing Shirley read more—and helping her make the writing better.

“YOU PUT ME TO SLEEP”

There is, of course, a 180° side to the drama queen and king. I had hundreds of writers participate in read & critique, and while just about all of them wanted to be there to work at improving their writing, quite a few were uncomfortable reading before a group. We had quiet ones, stammering ones, and—inevitably—ones who read in a dull monotone from beginning to end. Once again the group listened to the presentation, not the words, and some negative critiques ensued—even though the writing may have been spot on. 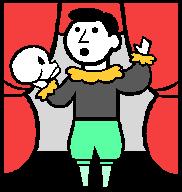 I recall one of my writers saying the following after a read such as that: “Wow, your chapter just about put me to sleep!” Yeah, I nipped that bit of nastiness in the bud; stuff like that doesn’t belong in a good read & critique group. But I understood where the guy was coming from. It’s not easy listening to a monotonic fifteen-minute read, even if the writing, on paper, is solid. I ultimately added comments on dealing with both overly dramatic and monotonic reads to my Workshop Guidelines, which all potential participants were required to read before I added them to a group.

“Alas, poor writer, I knew him well—before he joined one of Sirota’s workshops!”