Native American myths and legends abound in this fine mini-series. I first presented this post in 2018. 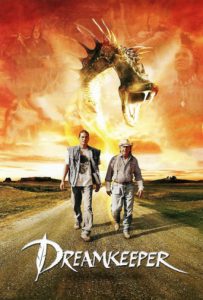 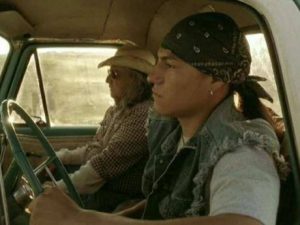 Shane Chasing Horse (Eddie Spears), seventeen, is an angry young man who has only disdain for his grandfather’s stories, as well as the ways of his people. His father abandoned the family five years earlier, and Shane hates him for this. He hangs with the wrong crowd, and at this point he owes one of them money that he cannot repay. When his mother asks him to drive Grandpa to the powwow, he refuses. But with the gang menacing him, and with Grandpa’s promise that he’ll give Shane his old truck when the trip is done, he gives in. Off they go, towing Grandpa’s ancient horse behind them.

Grandpa tells many stories to the reluctant Shane as they travel, each of them paralleling something that comes up along the way to New Mexico. We, of course, see them all, and if you’ve watched Native American films through the years, you’ll see lots of familiar actors. When Shane admits that his troubles with the gang have to do with a girl that he likes, Grandpa tells him the story of a young Lakota brave who tries everything to win the hand of the chief’s daughter. Desperate, he raids the village of an enemy tribe disguised as a spirit and is able to singlehandedly recapture many horses that had been stolen from his village. Grandpa also relates the heartbreaking story of a love that could never be between a Mohawk woman and an ethereal Thunder Spirit. 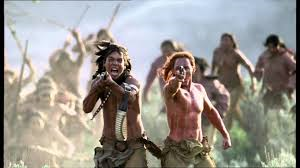 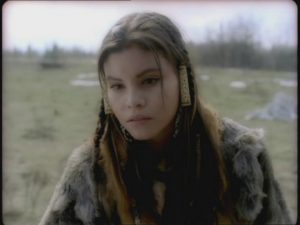 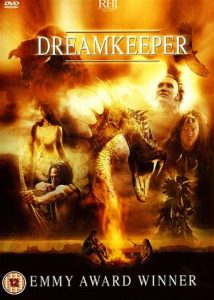 I’ll stop here and not reveal the powerful ending to this gem of a film. Dreamkeeper blew me away the first time I saw it, and I enjoy revisiting it every couple of years.