Throwback Thursday: “I Love The Smell Of Napalm In The Morning”…War Movie Quotes 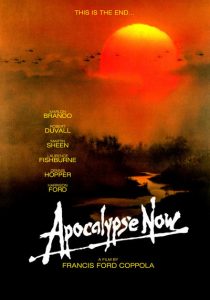 FROM 2017: I don’t know why—maybe it’s the militancy and negativity that pervades our world these days—but I’ve been watching quite a few war movies of late. Here are some of the most memorable quotes from a few of them.

“Napalm, son. Nothing else in the world smells like that. I love the smell of napalm in the morning. You know, one time we had a hill bombed, for twelve hours. When it was all over, I walked up. We didn’t find one of ’em, not one stinkin’ dink body. The smell, you know, the gasoline smell, the whole hill. Smelled like…victory.” – Lt. Colonel Bill Kilgore (Robert Duvall) in the classic 1979 Vietnam War film, Apocalypse Now.

One more from Apocalypse Now: “We train young men to drop fire on people, but their commanders won’t allow them to write ‘fuck’ on their airplanes because it’s obscene!” – Colonel Kurtz (Marlon Brando). 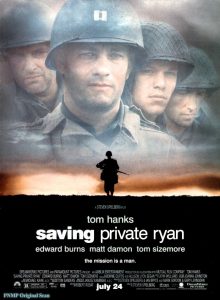 “This Ryan better be worth it. He’d better go home and cure some disease or invent a longer-lasting lightbulb or something. ’Cause the truth is, I wouldn’t trade ten Ryans for one Vecchio or one Caparzo.” – Captain Miller (Tom Hanks) in the much-honored 1998 film, Saving Private Ryan.

“I promise you that I’ll look after him as closely as you’ve done, I’ll respect him and all the care that you’ve taken with him. And if I can, I’ll return him to your care.” – Captain Nicholls (Tom Hiddleston) upon conscripting a young man’s horse in the 2011 World War I drama, War Horse. 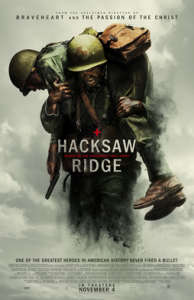 “With the world so set on tearing itself apart, it don’t seem like such a bad thing to me to want to put a little bit of it back together.” – Desmond Doss (Andrew Garfield) in Hacksaw Ridge (2016).

“One day the war will be over. And I hope that the people that use this bridge in years to come will remember how it was built and who built it. Not a gang of slaves, but soldiers, British soldiers, Clipton, even in captivity.” – Colonel Nicholson (Alec Guinness) in the 1958 Oscar-winning classic, The Bridge on the River Kwai.

“I like sub commanders. They have no time for bullshit, and neither do I.” – President Franklin D. Roosevelt (Jon Voight) in Pearl Harbor (2001).

One more from this film about the “Day of Infamy,” which just about says it all: “I think World War II just started.” Captain Danny Walker (Josh Hartnett). 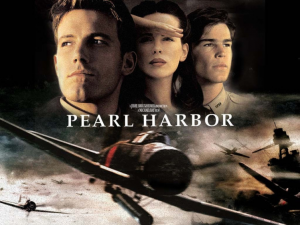 War films are staples in Hollywood. Perhaps it’s naïve to hope that someday they’ll all be relics of history, rather than current or recent reality.