A good friend of mine, who died a long time ago, has written a new book. 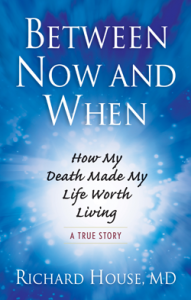 Say what!? Are you kidding, Mike? Actually, I’m not. Today (5/18/15) is the release date for a non-fiction book titled, Between Now and When: How My Death Made My Life Worth Living, by Richard House, MD. This is a fascinating life journey, one that I helped Richard shape in order to get it ready for publication.

Richard can tell this story a lot better than me, so I asked him to write a Guest Post, which will appear next week. I think you’ll find it illuminating.

And while we’re on the subject, I’m pleased to announce that the initial book in my new series, World After Death, will be ready for publication in the next month or two. Titled Warlord of Maldrinium, the book is actually a compilation of the first two books that I ever published, somewhere back about the time they invented the printing press. Called the Dannus series back then, the books—The Prisoner of Reglathium and The Conquerors of Reglathium—were poorly written (that’s on me) and terribly produced/edited (that’s on the publisher). I’ve worked hard to make them so much better. A second and third book in the series will follow.

Last week I received a note from Chief Jefferson Greywolf-Kelley, the leader of the Modoc Nation in Southern Oregon and Northern California. He’d heard about my novel, STONE WOMAN: WINEMA AND THE MODOCS and is going to read it. While honored, I was also stunned by what else he had to say. In part: 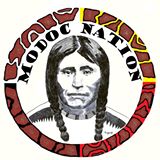 “The war for us it not over. We are now fighting for our Tribe’s very life! If the path continues as the Government and Klamaths want we will be extinct as a Tribe and our culture, homelands, way of life will end; the Genocide will be complete.”

Knowing the overall mistreatment of Native America throughout this country’s history, I can’t say this comes as any surprise. Still, it is rather heartbreaking. Greywolf-Kelley asked if I might help him write what he called “Our Story” to portray the plight of the Modoc People. I’m not sure exactly what he has in mind, but I said that I would help in any way I can. More on this in future posts. 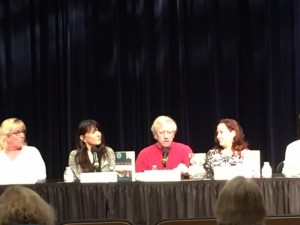 No, I wasn’t the only guy on the panel.

The Carlsbad City Library is truly the centerpiece of this California coastal community. As a strong supporter of local writers (we have a plethora of authors in this part of the world), the library hosts numerous events such as this past weekend’s Local Author Panel. I sat on the panel with six other talented writers, all with interesting stories to tell. We got to talk about our books, answer questions from an engaged audience, then mingle with people afterward in the library’s courtyard. We all had a great time—and I even got to sell a few books. Definitely a win-win.