Even The Most Successful Authors Dealt With The Evil Rejection Slips 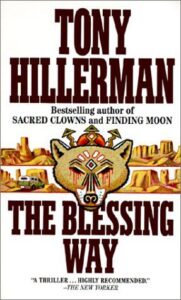 I had a “gimmick”—for want of a better word—that I used when facilitating novel-writing workshops and classes at writers’ conferences and other venues. While discussing the fear of having their work rejected by publishers—something many wannabe authors deal with—I would reach into a box of my own rejection slips and toss one or two on the floor. Ultimately I would tip the box over, and the hundreds of rejection slips that I had collected over the years, even the ones I received after publishing numerous novels with major houses, would float around the room, to the collective gasps of the assemblage. Did I make my point? I think so.

Many bestselling authors, from Stephen King to J.K. Rowling, garnered their share of rejections before making it big. A lot of them blew me away. Here are just a few. The first, to a much beloved author, is one of my favorites.

“If you insist on rewriting this, get rid of all that Indian stuff.” Tony Hillerman, The Blessing Way. (The first of his wonderful eighteen Leaphorn/Chee novels—over two dozen, if you count the ones written by his daughter, continuing the series.) 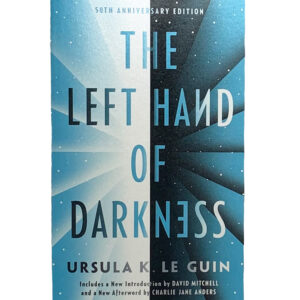 “The book is so endlessly complicated by details of reference and information, the interim legends become so much of a nuisance despite their relevance, that the very action of the story seems to be to become hopelessly bogged down and the book, eventually, unreadable. The Whole is so dry and airless, so lacking in pace, that whatever drama and excitement the novel might have had is entirely dissipated by what does seem, a great deal of the time, to be extraneous material.” Ursula K. LeGuin, The Left Hand of Darkness. (This book won both the Hugo and the Nebula Awards.)

“The girl doesn’t, it seems to me, have a special perception or feeling which would lift that book above the ‘curiosity’ level.” Anne Frank, The Diary of Anne Frank.

“It is not at all probable, we think, that we can make use of the story of a Virginian soldier of fortune miraculously transported to Mars. Edgar Rice Burroughs, Under the Moons of Mars. (Which became A Princess of Mars featuring his second-most famous character, John Carter.) 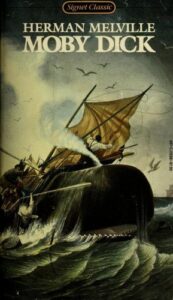 “A very bad book.” Pierre Boule, The Bridge Over the River Kwai.

“I haven’t the foggiest idea about what the man is trying to say. Apparently the author intends it to be funny—possibly even satirical. But it is really not funny on any intellectual level.” Joseph Heller, Catch-22.

“For your own good do not publish this book.” D.H. Lawrence, Lady Chatterley’s Lover.

“First, we must ask, does it have to be a whale? While this is a rather delightful, if somewhat esoteric, plot device, we recommend an antagonist with a more popular visage among the younger readers.” Herman Melville, Moby Dick. (“Call me Incompetent.”)

“An endless nightmare. I think the verdict would be, ‘Oh don’t read that horrid book.’” H.G. Wells, The War of the Worlds.

“You’d have a decent book if you’d get rid of that Gatsby character.” F. Scott Fitzgerald, The Great Gatsby. 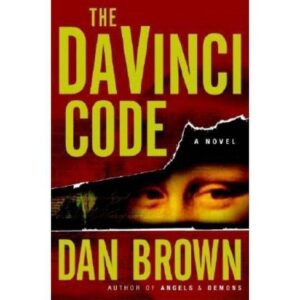 “If I may be frank—you certainly are in your prose—I found your efforts to be both tedious and offensive.” Ernest Hemingway, The Sun Also Rises.

“It is so badly written…” Dan Brown, The DaVinci Code.

Well, have I made my point yet? None of these authors gave up after receiving comments like these—downright nasty, some of them. I’ve always said that opinions are like assholes. Everybody has one, and they all stink. Happy writing!