In my comedy/science fiction series, bicyclist Jack Miller enters numerous worlds through “gates” along the cosmic tunnel known as the Ultimate Bike Path. It could be Earth’s past or future, otherworldly dimensions, even the pages of literature, among many others. While the majority of Jack’s adventures are wild and crazy, I often temper them with an occasional serious “statement” chapter, for want of a better word. 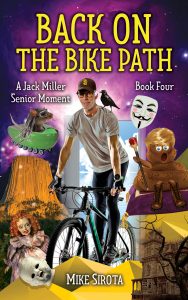 In the fourth and most recent book, Back on the Bike Path, Jack winds up atop one of his (my) favorite places, the Devils Tower in Wyoming, during the 1977 filming of Close Encounters of the Third Kind, one of his (my) favorite movies. While soaking it all in he spots the…Mother Ship? But how can that be? Those were just special effects, right? Here is the rest of the “statement” scene.

The Mother Ship was still far off. As I watched it come down I realized that it was not the Mother Ship, like in the film, but a spaceship nonetheless, shaped like what they used to call—and maybe still did—a UFO or a flying saucer. I also noticed something else: it was not far off but rather a short distance above my head—a small ship, about five feet across at its widest point. And when it landed, not far from my bike, I saw that I’d estimated well.

Once again I looked down at the film set, which bustled with activity, none of which had anything to do with what went on atop the tower. So this wasn’t a drone or anything that they’d sent up. Wow, if this turned out to be what I thought it was, I’d say that Spielberg missed out on a great shot.

The humming noise from the ship, which had briefly stopped, now began again as the saucer rose up on a metallic cylinder that emerged from the core of its underbelly. After a couple feet of the cylinder was exposed, a door slid open with a Star Trek-like whoosh—and out stepped an alien. 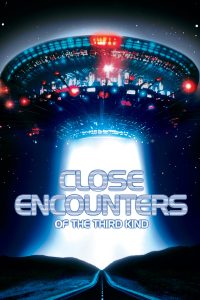 Now, given all I’d encountered during my many travels along the mhuva lun gallee, nothing should have surprised me. But—aliens here? On my home world? And in this particular place? Okay, Chariots of the Gods and the Nazca lines in Peru notwithstanding, during the long era of advanced global technology no one could offer proof beyond some fuzzy photos that any other life forms existed out there. Yet here they were, atop the Devils Tower in Wyoming. In 1977.

The alien that now poked around my Nishiki stood about eighteen inches tall. Its body, encased in a silver jump suit, had a human shape—two arms, two legs—but its head, sans any kind of helmet or breathing device, was hairless and shiny; its face more closely resembled a rhesus macaque. I guess our atmosphere agreed with it.

Three more aliens emerged from the ship as the first one, now noticing me standing there like a moron with my jaw drooping, said, “Well, what have we here? I believe this is the first time ever we have encountered any of the local life forms at this galactic rest stop.”

Galactic rest stop? “Uh, hi, my name is Jack,” I blurted out, nearly tripping over my feet as I took a few steps toward them. “Do you come here often?”

“We have visited this world since before your biblical times,” he replied with a slight bow. “I am Ezra, the captain of this research vessel. My crew members are Ruth, Saul, and Naomi.”

Biblical times, huh? “And where are you from?” 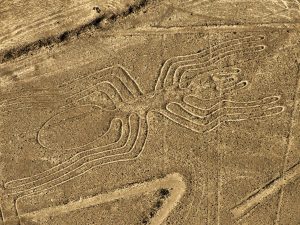 Some of Peru’s Nazca lines.

Naomi (I think) spoke up: “Our galaxy is… No, that would be part of the half you would not understand.” What, does everyone quickly assume that I possess a 2.5% brain? “Let us just say that our world is called Excedraggon III.”

“It is far,” Saul added, “and it gave me a big headache traveling here.”

I laughed. “Bada bing! An Excedraggon headache? Good one, pal.”

Saul scratched his bald pate. “A good what? I do not understand.”

Okay, so he wasn’t making a joke. “Never mind.”

Ruth (I think), having noticed the lights from the film set, had made her way to the edge of the tower. “Jack, do you know of the activity below?”

I nodded, and for the next couple of minutes I tried to explain the concept of motion pictures to them. My efforts met with puzzled looks on their rhesus macaque faces.

“An odd form of entertainment,” Ezra mused. “Ah, but this world has changed so much since our last visit—barely two centuries ago, as I recall.” He shook his head. “We will of course consult with our Chief Executive Officer and our Chief Operations Officer, but I am sure they will agree that research vessels from Excedraggon III will no longer be returning to Earth.”

I performed a Mr. Spock-cock of the eyebrow, which I’m sure went over their heads. “What are you saying?” 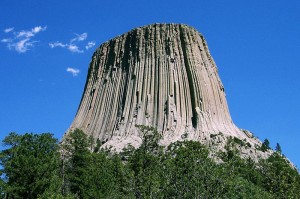 The aliens looked at one another for a few seconds, all finally nodding. Ruth (I think) and Saul wandered off as Ezra said, “We are not the only travelers to utilize this rest stop, and many others, on your planet. We do not make our presence known, and if we happen to interact at all, it is only to leave a positive footprint.”

“Yes, Jack. But there are other travelers who are not like us from worlds where death and destruction and all manner of—evil, your word for it, are the norm, and they spread their evil all over the universe, conquering worlds—”

“Excuse me, but Earth has never been conquered!”

“Hasn’t it? Consider this: during their rest stops these travelers emit…” He paused for a moment as Naomi (I think) whispered in his ear. “Yes, the half he would not understand. To simplify: they leave behind an aura—your word, I believe—that affects so many on your world and turns them into…I have trouble grasping this description. They become openings in the lower posterior regions of Earthly bodies.”

“Assholes!” I exclaimed. “This aura turns them into assholes. Yes, there are millions in this country, and billions around the world.”

Ezra nodded. “And with so many of these…assholes you have a history of war, poverty, genocide, racism, and so much more. And—possibly worst of all—significant changes in the climate of your planet, your patterns of weather.”

“You got that right, pal,” I muttered. 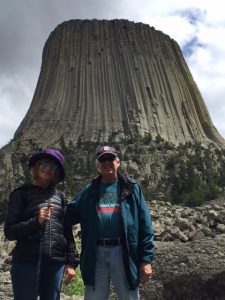 Holly and Jack Miller (aka Jacqueline and Mike Sirota) finally made it to the Devils Tower.

“It is deteriorating now, in this time and place, we have observed. But Jack, I have studied your…wheeled conveyance, and the extra gear tells me that while you are of this place, you are not of this time. Am I correct?”

“Yeah; I’m from over four decades in the future.”

“And has your planet begun to heal in that time?”

I shook my head. “If anything it’s gotten much worse.”

“Then there is much that must be done,” Ezra stated sadly. “It only furthers my point about your many assholes.” He glanced at the pair that had wandered off but were now returning. “Is the refueling done?” he asked.

They refueled? Did I miss a gas pump or something?

“Then we must be off. Jack, I wish you luck for your return to your time. I also learned from your wheeled vehicle that you are a writer of some renown.”

My bike spoke to him? That creeped me out. “I don’t know about renown, but yeah, I do write books.”

“Perhaps with your words you can convey the urgency of what must be done to save your planet. Goodbye, Jack.”

I shook four small hands and then watched them file back onto their vessel. Before they took off I peered down at the film set to make sure they weren’t looking up this way, pretending to see any of the advance ships. No, they were at the point where Roy had just left Jillian and was making his way down to where all the action would take place. I gave the ship from Excedraggon III a thumbs-up; the cylinder retracted, and it shot up into the clouds.