Yosemite: What Took Us So Long? 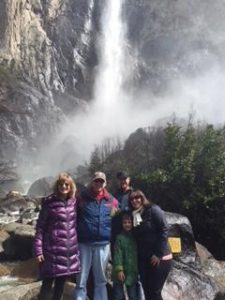 I arrived in California to stay about forty-five years ago. Jacqueline, my bride, did the same over three decades past. Yet neither of us, during all that time, set foot in Yosemite National Park, one of this country’s most memorable landmarks, and for sure the gem of the Golden State. Fortunately, that all changed earlier this month.

We traveled north to spend some time with daughter Marissa, son-in-law Glenn, and Logan, our five-year-old grandson. They live just north of Sacramento and have been to Yosemite a few times, so they proved the perfect guides. We stayed three nights at the Tenaya Lodge, outside the park’s south entrance in the town of Fish Camp (seriously). Neat place, though kind of pricey. 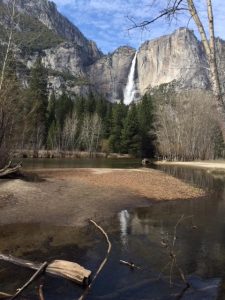 Talk about great timing: our plan was to spend the first two days in the park, then hang around the lodge on day three, a Friday. So what happened on the third day? The rains came, the creeks and rivers rose, and Yosemite was evacuated! Sometimes things work out just right.

Writer though I am, words cannot begin to describe the power of Yosemite. I’ll let some of the photos do the talking instead. 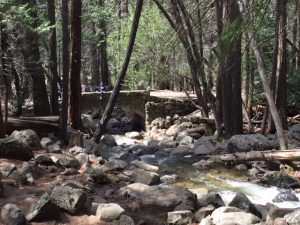 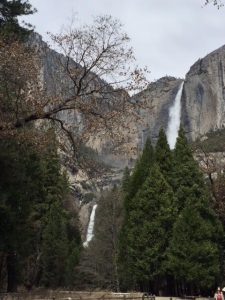 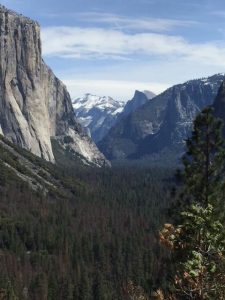 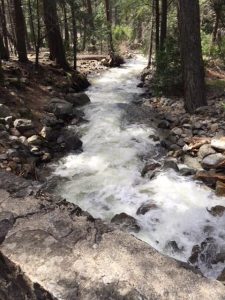 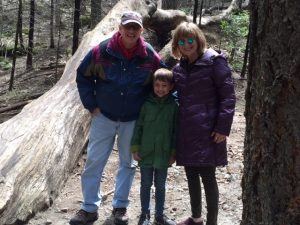 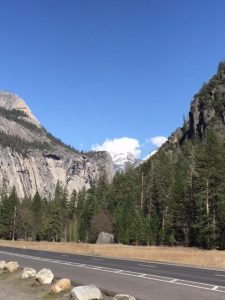 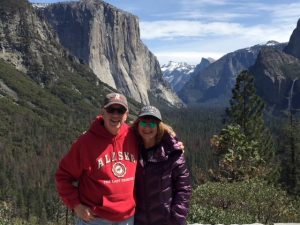