What Are The Lincoln Canes? 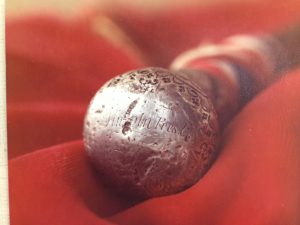 The silver knob of a Lincoln Cane.

Abe Lincoln, our 16th president, is remembered for a great many achievements. The commissioning of the Lincoln Canes is probably not one of them…but it should be.

I first read about the Lincoln Canes in Tony Hillerman’s novel, Sacred Clowns, one of his brilliant Leaphorn/Chee mysteries. Of course I had to know if they were real, which a quick bit of research proved to be the case.

In 1863 Lincoln became the first president to recognize the sovereignty of the nineteen Native American Pueblos located in New Mexico. Lincoln followed the lead of Dr. Michael Steck, the Superintendent of Indian Affairs for the New Mexico Territory. Steck acknowledged the Pueblo tribes for their peaceful culture and became a strong advocate—the only one—for their continued existence. 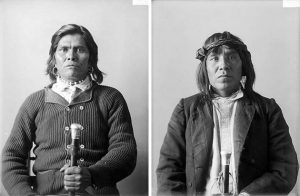 In commissioning the nineteen canes, Lincoln followed a tradition originated by both Spain and Mexico. Each silver-tipped cane was inscribed with the name of the Pueblo, the year of presentation, and the signature of “A. Lincoln.” The canes were presented to the governors of the Pueblos as a symbol of America’s commitment to the sovereignty of each one.

While history was often not kind to New Mexico’s Pueblos, the Lincoln Canes remain a symbol of their continuing sovereignty. To this day a Pueblo’s cane is ceremoniously passed down to each new governor.