Throwback Thursday: Why I Do What I Do (Or Did What I Did)

No, I’m not coaching writers anymore, having drifted into a blissful retirement. But I still take a great deal of pride in the accomplishments of my writers, as indicated by this 2014 post. 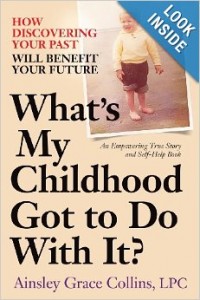 Given my (approaching) dotage I’ve been taking on fewer writers in recent years, though I still love sharing in the success that many of my writers experience. This was more than evident last week when, three days apart, I received two freshly minted non-fiction books from a couple of writers with whom I thoroughly enjoyed working, from start to finish. And yes, both Ainsley Grace Collins, LPC and William Wright, M.D. listed me on their Acknowledgements page, and each signed their book with a personal note that warmed my heart.

Ainsley’s book is titled, What’s My Childhood Got to Do With It? Her subtitle: How Discovering Your Past Will Benefit Your Future. Ainsley is a licensed professional counselor and founder of the Center for Humanness, a holistic-based outpatient mental health agency. She holds a Master’s degree in Counseling Psychology and has worked in the mental health field for over two decades. Ainsley utilizes her expertise in child abuse, lifespan development, crisis intervention, interpersonal relationships, and grief to help others discover their full potential.

Ainsley also endured one of the most dysfunctional and abusive childhoods that even a horror writer like me could hardly conceive of. 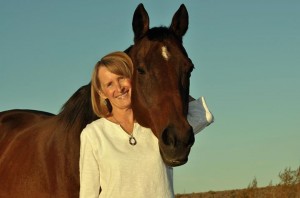 I met Ainsley at a writers’ conference a few years before she actually came to me with her project. It had taken her most of a lifetime to find the courage to put down on paper what she had endured as a young girl. Hearing her story, I felt honored that she trusted me enough to share it. Now, she wanted to share it with anyone who had suffered through an abusive childhood, to show them—as her subtitle indicates—how learning about their past and dealing with it can help them, as it did her, benefit their future.

Five-time Nobel Peace Prize nominees Sara O’Meara and Yvonne Fedderson wrote, “This book is a passionate reminder of the delicateness of childhood, the power of our environment, and the depth of the human spirit.” I couldn’t agree more. 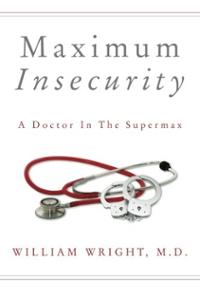 “MY HUSBAND SHOULD BE COMMITTED!”

That’s what Dr. Bill Wright’s wife Mollie said when, after thirty years as a successful ear surgeon, he made a career change to general practitioner—in the Colorado State Penitentiary!

Maximum Insecurity: A Doctor in the Supermax chronicles the true-life misadventures of a doctor administering medical care to hardened criminals—the worst of the worst, murderers, rapists and such. Bill Wright describes them as sullen, 250-pound children who are more interested in intimidating doctors and scamming drugs than receiving treatment. He’s threatened. He’s attacked. And he doesn’t die—not even once. 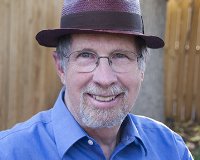 This book, like “Dr. Bill” himself, is hilarious, especially given the subject matter. It also rips the veil off correctional facility operations and the lives of prisoners, correctional officers (don’t call them guards), and an administration more interested in penny-pinching and paperwork than medical care. I had a ball working with Bill Wright on this project and I look forward to his next one, which he said is forthcoming. I trust that will happen pre-dotage. 🙂