Native American myths and legends are quite colorful—and meaningful. This post first ran in 2014.

The Modoc People, like all Native American tribes, have their own folklore—myths and legends handed down through time. In my award-winning historical novel, Stone Woman: Winema and the Modocs, I insert one of these legends at an emotionally charged moment in the (true) story. It is Good Friday, 1873; Winema and her husband, Frank Riddle, will serve as interpreters during a council between the Peace Commissioners and the Modoc war chief, Captain Jack, and his lieutenants. Most believe that the Modocs, tired of talking, will attack the Commissioners, putting Winema and Frank’s lives in danger.

Winema finds her nine-year-old son, Jeff, awake early that morning. He is concerned about his parents. Here is the scene:

Long seconds passed before Jeff spoke: “Will you tell me one of the legends, Mother?”

This surprised Winema. “It has been two years since you told me you were too old to listen to foolish Indian tales.”

“Of course, then. Which one do you want to hear?”

“What about the war between the animals and birds?”

“A long time ago,” she began, “there was a great war between the animals and birds that dwelt within the Smiles of God. Bat fought on the side of the birds. But in one battle, as the birds were being beaten by the animals, Bat skulked away and hid under a log, where he remained until the battle was over. 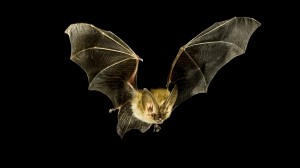 “As the animals were returning home in triumph, Bat slipped in among them. After a while they saw him. ‘What is Bat doing here?’ they asked. ‘He is our enemy!’

“Bat overheard them. ‘Oh no!’ he said. ‘I am an animal; I am not a bird. Go and look in the birds’ mouths and see if they have double teeth such as I do. You will see they do not. I am surely one of your kind.’

“The animals debated and finally agreed to let Bat stay with them. Not long after there was another battle, and this time the birds were winning. Again Bat hid under a log until it was over. This time he joined the victorious birds, who noticed him and said, ‘You are our enemy! We saw you fighting with the animals!’

“So the birds let him stay. But he went back and forth with either side for as long as the war lasted. 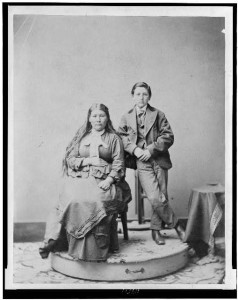 “Finally it was over, and the animals and birds held a peace council to decide what to do with Bat. After some deliberation, they told him their decision: ‘From this day on you are doomed to fly alone and only in the dark. You will not have any friends, neither of the animals that walk, or the birds that fly.’”

Jeff may or may not have heard the story. Tears streamed down his face. Winema held him as he sobbed. Frank, emerging from the tent, put his arms around them.

Finally, Jeff stood before them and said, “If the Modocs kill you, I will spend the rest of my life avenging your deaths.”

They knew that this boy spoke with the heart of a man.