Some more fun with memorable movie lines. Enjoy! This post first ran in 2015.

It’s alive…or soon will be.

“Hello handsome. You’re a good looking fellow, do you know that? People laugh at you, people hate you, but why do they hate you? Because… they are jealous.” Dr. Frederick Frankenstein (“That’s Fronkensteen!” Gene Wilder exclaims) to the Monster in a completely different take on the classic story in the 1974 comedy, Young Frankenstein.

“They’re like huge seed pods!” Becky Driscoll (Dana Wynter), upon seeing the people-replicating plants in the 1956 sci-fi classic, Invasion of the Body Snatchers. 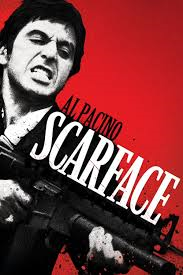 “I’m Tony Montana. You fuck with me, you fuckin’ with the best!” Al Pacino in the 1983 violence-fest, Scarface.  We also can’t forget his famous line, “Say hello to my little friend.” (His machine gun.)

“Hokey religions and ancient weapons are no match for a good blaster at your side, kid.” Han Solo (Harrison Ford) to Luke Skywalker (Mark Hamill) in the original Star Wars, now forty-one years in the rearview. What? Holy crap!

“You’re looking so well, darling, you really are… they’ve done a marvelous job. I don’t know what sort of cream they’ve put on you down at the morgue, but… I want some.” M. Gustave (Ralph Fiennes) to a corpse in the 2014 Academy Award-nominated film, The Grand Budapest Hotel.

“I think you’re so blinded by inconsolable rage that you don’t care who you hurt. When you can’t tell your friends from your enemies, it’s time to go.” M (Judi Dench) to James Bond (Daniel Craig) in the 2008 film, Quantum of Solace. 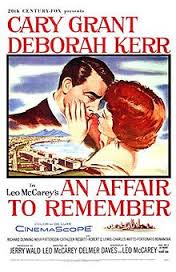 “The Empire State Building is the closest thing to heaven in this city.” Terry McKay (Deborah Kerr) in the 1957 mush-fest, An Affair to Remember.

“No, I didn’t. Honest… I ran out of gas. I… I had a flat tire. I didn’t have enough money for cab fare. My tux didn’t come back from the cleaners. An old friend came in from out of town. Someone stole my car. There was an earthquake. A terrible flood. Locusts! IT WASN’T MY FAULT, I SWEAR TO GOD!” Jake Blues (John Belushi) explaining to the Mystery Woman (Carrie Fisher) why he stood her up at the altar in one of the funniest movies ever made, the 1980 laugh-fest, The Blues Brothers. 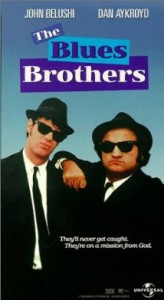 “Such is the nature of evil. Out there in the vast ignorance of the world it festers and spreads. A shadow that grows in the dark. A sleepless malice as black as the oncoming wall of night. So it ever was. So will it always be. In time all foul things come forth.” Thranduil the elf king (Lee Pace) in the 2013 gem, The Hobbit: The Desolation of Smaug.

As always, you’re invited to share some of your favorite movie lines.