I probably wouldn’t survive for a day in the jungle! What this man did was remarkable. 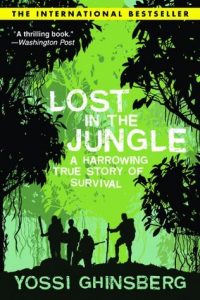 In 1981 a young Israeli man, Yossi Ghinsberg, went backpacking around the globe in search of adventure. During a trek through a minimally explored jungle in Bolivia, he found more adventure than he ever bargained for—and it nearly cost him his life.

Years later Yossi would chronicle his experiences in a book titled Lost in the Jungle, and in 2017 an Australian film simply titled Jungle and based on the book would be released. Daniel Radcliffe took the role of Yossi Ghinsberg, and the erstwhile boy wizard gave an outstanding performance in a film that had almost no box office.

The story: after trekking around the United States Yossi arrives in Bolivia, where he meets Marcus Stamm, a Swiss schoolteacher on holiday, and Kevin Gale, an American photographer with National Geographic aspirations. While in La Paz, Yossi is approached by a stranger who introduces himself as Karl Ruprechter, an Austrian. Although he seems a bit dodgy, he convinces Yossi that he is an experienced jungle guide, and that he knows of a remote tribe that few people have encountered. He’ll take Yossi and his friends there, and his fee is quite reasonable. 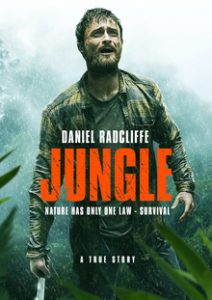 Karl’s proposition interests Yossi. Marcus and Kevin are less enthusiastic, but Kevin gets on board with thoughts of photographing a little-known tribe. Marcus, who is closer to going home than the others, finally agrees, so as not to disappoint his friends.

Things initially go well, though on one occasion Karl walks so far ahead that, for a time, Yossi and the others fear that they are lost and abandoned. After a few days they arrive at a village where the friendly locals know Karl. Food, drink, baths in a nearby river, some rest, and the guys are good to go.

Back in the jungle, Marcus begins having trouble with his feet, which are covered with bloody sores. The slowdown causes friction among the men, especially between Kevin and Karl. They discuss how to proceed, Karl suggesting that he leave them there and go back to La Paz for help. Yossi and Kevin nix that plan; they’re dubious about Karl’s reliability. Kevin suggests they build a raft and set off down the river to the next village.

The rafting trip starts out okay, until they hit some rapids, where Karl freaks and Kevin takes over, exacerbating the tension between them. Back on land, Karl refuses to continue on the river. He’ll hike back to La Paz. Marcus opts to go with him. Karl warns Yossi and Kevin that the river is treacherous much farther down where it passes through a canyon, that they’ll need to beach the raft and continue on foot. (Later on it is revealed that Marcus and Karl never made it back, and despite search efforts, no trace of them was ever found.)

The hikers discuss their dwindling options.

Yossi and Kevin float far downriver with no problems, until a strong current causes them to miss their landing point. Now caught in the rapids, the raft is destroyed as the men cling to a rock. Kevin manages to reach the shore, where he hopes to cut some vines and pull Yossi to safety. But Yossi is swept away by the powerful current and nearly drowns before emerging from the river. He does manage to salvage his backpack, although his equipment is minimal.

A WILL TO SURVIVE

Yossi searches all over for Kevin but finds no trace of him. He reluctantly sets off into the jungle for a village called Rurrenabaque, a considerable distance from where he is, but the only option that he has.

Quicksand is just one of Yossi’s obstacles.

Thus begins Yossi Ghinsberg’s amazing story of survival—and a tour de force performance by Daniel Radcliffe as he portrays the desperate young man. With no tools, no weapons, no survival training of any kind, Yossi will—for weeks—face the challenges of a barely explored jungle: jaguars, snakes, fire ants, quicksand, torrential rainstorms, hunger—and more. He’ll make it, of course; he wouldn’t have been able to write the book otherwise. But the journey—enriched by Radcliffe’s riveting performance in the film—is incredible. If you like true stories of adventure and survival, then by all means check out Jungle.