This post first ran in 2014. Author Jacob Cooper has accomplished a lot since then.

Hello, my name is Writer Mike, and I would like to share with you the most amazing book. (Sorry Jacob, I couldn’t resist.) 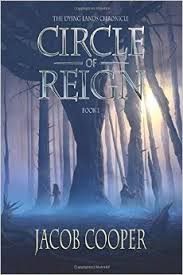 I must say, Jacob Cooper’s epic fantasy novel, Circle of Reign, IS quite amazing, and I’m glad he found his way to me for some polishing. Michele Scott (A.K. Alexander), one of my most successful writers, initially worked with Jacob before referring him to me, and I’m pleased that she did. His novel, published this past summer, has already met with much critical success. Here is Jacob’s own account of his path to publication.

BUILDING ON A DREAM

Circle of Reign is my first novel, Book 1 of The Dying Lands Chronicle. I don’t think I knew what I was in for when I started writing it. On my way home from work in September 2009, a scene popped into my head based on a dream I had years before. A young girl, running for her life through a forest, being pursued by an assassin for something she innocently stumbled upon. The assassin could track her by the fear she was emitting…emotional scent. As the scene played out before me, I could feel the danger, the adrenalin, and it moved me. When I got home, the opening of Circle of Reign just flowed out in about twenty minutes. 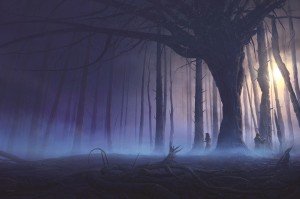 Around this time, I had just finished the Mistborn series by Brandon Sanderson and was really in awe. I don’t think a book series had inspired me so much before Mistborn. Michael Kramer did an amazing job on the narration and instantly became my favorite fantasy narrator. With that still fresh in my mind, Circle of Reign was easily imaginable to me in a fantasy setting.

For me, creativity has always come when inspired by someone else’s work. Music, poetry, business, writing…whenever I hear of or see something fantastic, I have a drive to create something in that field. It’s an outlet for me and my way of admiring great work. I don’t think I intended Circle of Reign to become the first book in a trilogy, but over the years I kept adding scenes, and the story eventually unfolded.

Once I decided to fully jump in and write a book, I had no idea how hard it would really be. Perhaps that’s because I was building a new world, new cultures, new religions, new slang, new history. All of that is crucial to epic fantasy and must be believable. Further, you have to be consistent with all that world building. It is not an easy thing! On top of that, I’m a college dropout and have never taken a writing class, though I’ve always enjoyed creative writing. Add a few kids into the mix with a full-time job, and there were definitely some barriers to overcome. Nonetheless, I was excited about the story and believed in it enough to lose sleep writing it. Lots of sleep. 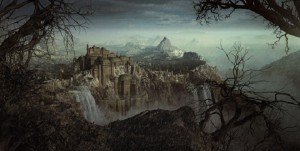 “A DOSE OF HUMILITY”

When I first started working with Mike Sirota, I actually thought I was pretty close to being done. I sent him the manuscript, and a couple weeks later got a thirty-page evaluation. I knew there would be constructive feedback, but I wasn’t prepared for the shredding that occurred. The good news is that Mike did get engrossed in the characters and story, but it took him two-thirds of the book to get there! Talk about getting a dose of humility.

Well, I should have been prepared for that feedback. As I look back on that original manuscript, I just kind of cringe now at thinking it was close. But, Mike was encouraging and helped me craft the story to a much higher level. He believed in it, not something he says lightly. Sometimes he’d challenge me on something and I would be resistant. He’d say, “Okay, that’s fine. You’re the god of your own book. Let’s move on.” But after a few days of stewing on his advice that I had rejected (rare as it was), I found myself grumbling and admitting that he had been right. The best part about being challenged and giving yourself time to think about it is that new storylines, scenes, and characters can come out of that. I know that happened for me.

Something that’s cliché for the fantasy genre in general is a magic system. Circle of Reign is no exception. But, I was terrified of having the word “magic” in the book, so I came up with “influence” instead, which certainly made me think differently about powers and abilities. Much of the magic in the book is subtle and doesn’t appear to be supernatural to those in the world, much like we don’t call the ability to hold a piece of plastic up to our ear and speak with someone across the world magic; but when you really stop and think about cell phones, two hundred years ago it would have been magic to those people. Four hundred years ago you would have been burned at the stake for that ability. So, the influence of the world of Våleira is more science based in large part, but not all. There is definitely still that supernatural flare here and there. 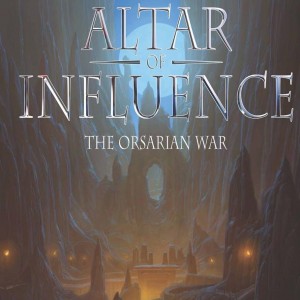 I think anyone who likes the works of Anthony Ryan, Patrick Rothfuss, Robert Jordan, and Brandon Sanderson might enjoy Circle of Reign. The sales have been strong for a self-published, first-time author, and the reviews have been generally positive. That’s been gratifying and encouraging. Late in October, Altar of Influence: The Orsarian War is scheduled to be released. This is actually a “prelude” to The Dying Lands Chronicle. The Red Grove, a short story set during the timeline of Circle of Reign, should be released around the same time. Michael Kramer also did the narration for these audiobooks and his performance is fantastic, as always. Song of Night, Book 2 in the series, is scheduled for release summer 2015.