This is a compelling film that I first wrote about in 2015. 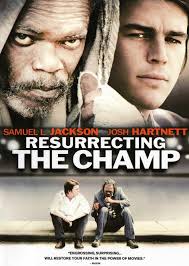 Not a whole lot of folks saw the sports drama, Resurrecting the Champ—“inspired by a true story”—during its short theatrical run in 2007.That’s too bad, because it is an excellent film, and Samuel L. Jackson’s brilliant performance as the titular character was Oscar-worthy, I kid you not.

Erik Kernan Jr. (Josh Hartnett) is a young sports writer on a Denver newspaper. His recently deceased father was a renowned sportscaster, and Erik is having trouble living up to the legend. His writing, though serviceable, is bland, emotionless, and his editor is close to firing him. Erik’s estranged wife also works on the newspaper staff. His one joy in life is their six-year-old son, Teddy. He struggles to make the boy proud of him.

After covering a boxing match one night, Erik is walking along the street when he comes across some young male assholes (is that a redundancy?) picking a fight with a homeless man in an alley. They leave with a warning. Erik talks to the man, known in the neighborhood as The Champ (Jackson), who says that his name is Bob Satterfield, once a top-ranked heavyweight contender. Erik thought that Satterfield had died long ago, but The Champ convinces him that he is who he says.

Erik pitches a human interest story about The Champ to his editor, who turns him down. He then offers it to a magazine publisher—he’s trying to land a full-time gig there—and the guy agrees to take a chance on him. 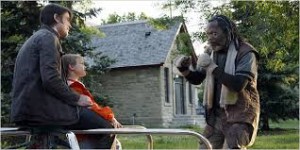 Erik enlists the aid of a research assistant to look into Satterfield’s past, but she comes up with very little. To make matters worse, The Champ is at first reluctant to share his story. But eventually he warms up to Erik—cash and booze help a lot—and the two form a friendship. He tells Erik everything that the writer wants to know, and Erik pours his heart and soul into telling the story about how a once-solid boxer had wound up on the streets.

All through the interview process Erik has harbored a shred of doubt as to the veracity of The Champ’s story. But when the research assistant comes up with a small piece of videotape labeled “Bob Satterfield vs. Tommy Kincaid,” Erik notices a nasty scar on the back of one of the fighters—the same scar that The Champ had shown him—Erik is convinced that he is who he says.

The story, titled “Resurrecting the Champ” and promoted on the cover of the magazine, is published to overwhelming acclaim. The words, “Pulitzer Prize” are bandied about. Everyone wants a piece of Erik, and he even gets a trial gig as a commentator on a boxing match for Showtime. Things are looking up. 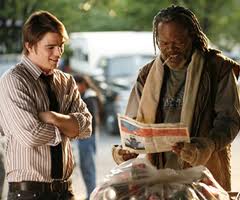 Erik shows The Champ one of his stories.

Amid all the attention over the story, some old-timers from the boxing world who knew Satterfield personally come forward to say for sure that he had died a long time ago. In his defense, Erik shows them the piece of videotape. Sure, Satterfield is on the tape, they say, but he’s the other boxer. The one with the scar is Tommy Kinkaid, whose career never amounted to anything. Satterfield knocked him senseless in that fight.

In short order, Erik sees his life and his career going down the porcelain fixture. He has perpetuated a lie, even unknowingly. The question now is, should he continue to live with the lie, or do ethics dictate that he immediately reveal his mistake? Surely others will find out the truth and denounce his story. And how will he handle The Champ, a man he trusted, now revealed to be Tommy Kincaid?

Most of all, how will his son Teddy deal with the lie? In the past, Erik has told Teddy that he knew John Elway, Muhammad Ali, and other sports notables quite well, when in fact he’d only spoken a few words to them. Small lies then; a huge one now. Losing Teddy’s trust would devastate Erik. 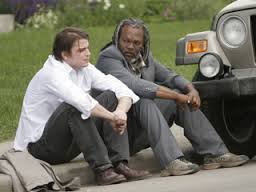 I will stop here, but just so you know, the final third of Resurrecting the Champ is a powerful, emotional rollercoaster that will leave you thinking about this story long after THE END. I’m glad I found it.