I first ran this post eight years ago, and a few times since. Does life change much? You be the judge. 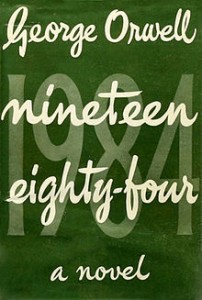 As the year 2022 comes to an end today, I got to thinking: how in the name of Zeus’s butthole did it pass so quickly?! I guess when a year is 1/76th of your life, that’s what happens. In any case, to slightly paraphrase a cherished line from the movie Frequency—one that my bride and I use quite often—“We’re still here, Chief.” And that’s the best part.

In recent years we’ve both battled serious illnesses. We’ve lost family members, and a few friends. That’s life, I guess; it sucks sometimes. But while we remember the past, we mostly choose to look ahead, as we’ll be doing today on New Year’s Eve.

As a kid I read George Orwell’s classic dystopian novel, Nineteen-eighty-four, a science fiction story if there ever was one. That year would never come; heck, the 1960s were way too cool and would go on forever. There would always be the Beatles and the Stones, the Four Seasons, Woodstock and Haight-Ashbury. Big Brother would never be watching…would he? 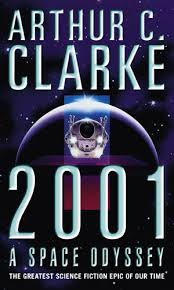 Well, 1984 is now nearly four decades in the past. How in hell did that happen?

In 1968 I saw the enigmatic science fiction movie, 2001: A Space Odyssey, based on a story co-written by Arthur C. Clarke and the film’s director, Stanley Kubrick. Wow, 2001—that year would never happen. Hell, that’s a whole ’nuther millennium! So even that is twenty-plus years in the rearview mirror.

And look at some of the scary things the story portended. How about the dangers of technology? Who could forget HAL? (“Good morning, Dave.”) While technology has given us so much, there are still inherent problems. Perhaps it was HAL who hacked Sony some years back, ya think?

Or how about the threat of nuclear war? By the ’60s we’d already witnessed atomic power, and in the novel at the end, the evolved Star Child detonates an orbiting warhead belonging to one of Earth’s superpowers. Needless to say, that threat hangs over our planet to this day, among other dangers—like worldwide pandemics. 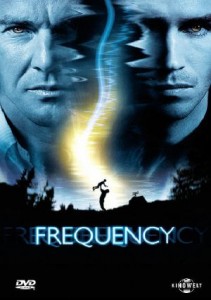 While December 31st is another excuse for many to drink and party, we who are older—and, hopefully, a bit wiser—will celebrate in our own way. We’ll watch our Iowa Hawkeyes football team play in a bowl game, and our San Diego State Aztecs basketball team fill up the nets. We’ll have our traditional lobster dinner at home, then watch Frequency—a great movie on New Year’s Eve or any other time, before turning in long before the ball falls.