By way of self-evaluation, The Modoc Well (originally published as The Well by Bantam Books) is the goriest of my four horror novels. This particular shocker of a scene will illustrate that.

The setup: The Lowell family has relocated to the small Northern California town of Bonner, where they live on land once occupied by Greg Lowell’s ancestors during westward expansion, and where a terrible tragedy had taken place. A well had been dug back then during a drought, partially freeing a demonic entity, which is now gradually taking over Greg’s family. His son, Mark, is quarterback for the high school football team. Here is the scene. 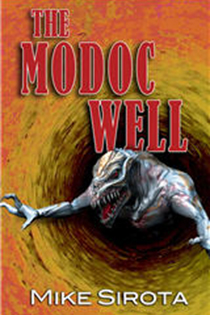 Prior to the game on Saturday afternoon, a violent storm ended the brief heat wave. Thunder and lightning cracked the sky, and rain fell in hard sheets. The downpour lasted for an hour, finally abating before kickoff. Still, a distant rumbling continued throughout the day, and streaks of white fire wove webs in the gloomy overcast.

Dunsmuir High School had not been handpicked for the Homecoming game. It just happened to be the luck of the schedule. But Bonner had beaten Dunsmuir the past five years in a row and was again heavily favored. Good to know the chances of the subsequent celebration being dampened were slim.

Mark Lowell performed brilliantly in his first game before the hometown people, who received their new hero with loud approval. Most of his passes were aimed at Tommy Sinclair. Toward the end of the third quarter his statistics were mounting, a testimonial to his skill and a sad commentary on the hapless Dunsmuir secondary. The scoreboard read 41-0. Mark, who knew that Craig planned to sit him down in the final quarter, cheered his teammates on, eager to see the Mountaineers earn their shutout.

Rain began falling again late in the fourth quarter. Thunder echoed in the stadium; lightning flashed in the distance. A few spectators left, but most were determined to stay until the end.

“Come on, run it out, run it out,” Mark called from the sidelines, clapping his hands. “Under two minutes now.”

He watched as Scotty Blair, the second-string quarterback, ran Bonner’s offense. The seventh play of a time-consuming drive was another handoff to Dan Hillis, who had been running well all day. But this time Dunsmuir tackled him behind the line of scrimmage, leaving Bonner with a third and eight on their own forty-four yard line. Mark knew Coach would call another running play, as he had all period. Failing to make the yardage, they would punt Dunsmuir deep into their end of the field.

A play was sent in. Bonner huddled then lined up with three receivers on the right. Scotty Blair, to the surprise of everyone, dropped back to pass. His fists clenched, Mark heard Coach yell, “What the hell are you doing?”

Even disobeying instructions, the boy should easily have completed a pass to either of two wide-open receivers. But the ball was tipped as he released it, and it floated into the hands of an incredulous Dunsmuir defensive end, who stood alone at midfield near the sideline. A collective groan rose from the Bonner fans as they realized that nothing but fifty yards of open field stood between the boy and the end zone. 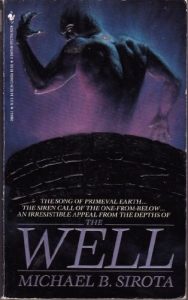 Jimmy Michaels, six-three and 240 pounds, tucked the ball awkwardly under his arm and lumbered along the sideline, three Mountaineers angling across the field in futile pursuit. Mark, with his coach and the others, stepped an inch closer and watched helplessly as the boy passed them.

Hidden under the Mountaineers’ gold helmet, Mark’s face twisted with a rage that transcended the motivation. His body shaking, he fixed his malevolent gaze on the unknowing Michaels.

The zigzagging streak of white fire blinded the spectators as it hurtled to the ground from a dark cloud overhead. It struck Jimmy Michaels near the twenty-yard line, incinerating him in a dazzling burst. The football bounced toward the sideline, rolling out of bounds. Many watched it for a moment before daring to look at the fused lump of bone and flesh, smoke curling upward from the core of a blackened patch of earth.

Silent for a moment, the stadium erupted in a crescendo of screams. Sobbing children were led outside by mothers who could barely stand. Others sat and stared in disbelieving horror. A few hurried onto the field.

Craig Morley was the first to reach the charred thing that had been Jimmy Michaels. Overwhelmed by the smell of burnt flesh, he fell to the grass and vomited. The rain streamed down more heavily, weakening the odor slightly.

Another streak of lightning hit the ground beyond the west bleachers. Shouting above the intermittent thunder, Winn ordered those on the field to disperse quickly and go home. Janet and Greg searched frantically for Mark, who had been standing ten yards from the doomed Jimmy Michaels.

“Mark!” Janet cried, weaving through a maze of bewildered players from both schools.

They found him standing in the same spot. His helmet remained on; a stream of water trickled off it. His knees trembling, he looked as if he might collapse.

“Mark, are you all right?” Janet asked, grabbing one arm.

“Come on, son, let’s get you out of here.” Greg took the other arm.

They turned away from the grisly scene, slowly following the crowd to one of the gates. Janet and Greg did not notice when Mark glanced over his shoulder, his expressionless gaze finding the scoreboard.