I happened to be drinking coffee last week as I read some film teasers on Amazon Prime. The coffee wound up shooting out of my nose after reading one teaser in particular. It will be the first one on the following list. (Don’t be drinking anything.) A few others will follow.

No, that’s not a misspelling. It actually looks like this: The VelociPastor. Here is the teaser: “After losing his parents a priest travels to China, where he inherits a mysterious ability that allows him to turn into a dinosaur. At first horrified by this new power, a prostitute convinces him to use it to fight crime. And ninjas.”

Another dino flick? This is why I stick to the Jurassic Park films: “A commando squad rescues a hostage being held by a terrorist, but their helicopter is shot down and falls into an unexplored valley. They quickly realize it is inhabited by dinosaurs, for which soldiers are a tasty morsel.”

That is not a misspelling, as you’ll see: “A game warden arresting poachers ends up saving their lives when zombie animals attack them in the jungle. Now surrounded, the game ranger and poachers forge an uneasy alliance to stops the beasts before the super-zombie virus spreads to the entire world.”

With a tagline of “They will eat your face off,” here is the teaser: “When marauding orcs invade a U.S. National Park, our collective fates lie in the hands of Ranger Cal Robertson and his sidekick, Volunteer Cadet Hobie, who must stop the wave of destruction before the whole world is overrun.” (And here I thought these guys were confined to Middle Earth.) 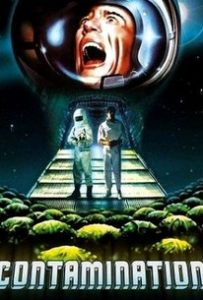 Wow, an oldie! How’d I miss this one? “A deserted ship arrives in New York City carrying its slaughtered crew and a horrific cargo: mutant green eggs the size of footballs that pulsate with life until they spray hideous chest-bursting death.” (So if the ship is deserted, why is it carrying the slaughtered crew? An issue to ponder… And yes, critics called it an Alien rip-off.)

Crap, I always liked mermaids: “For years she has lurked in the depths…waiting. Once a young woman sent to a tragic and watery grave, she has since become something unholy. Cursed to swim in the waters in which she met her untimely death, the mermaid has risen once again.” 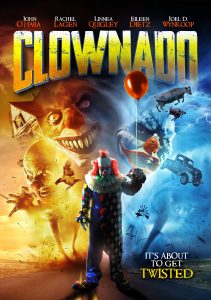 “A troupe of murderous circus clowns are trapped in a tornado by a witch’s spell and travel the Midwest, destroying everything and everyone in their path while seeking revenge on the woman who imprisoned them.” (Do clowns get a bad rap, or what!)

And last but not least: “A homicidal turkey axes off college kids during Thanksgiving break.” (The tagline for this one is, “Gobble gobble, motherfucker!”)

Okay, I hope you didn’t snort up any liquid beverage reading these gems. We’ll do it again another time.