No, this post is not about a song from Frozen. (Great song, though.) I imagine you all know the old saying that begins, “If you love something, let it go.” Well, that’s exactly what I have just done with a historical novel, titled Stone Woman that—for me—has been a labor of love for thirty-plus years. Let me explain.

ONE PROJECT LED TO ANOTHER

During the early 1980s I decided to write my first horror novel—working title, The 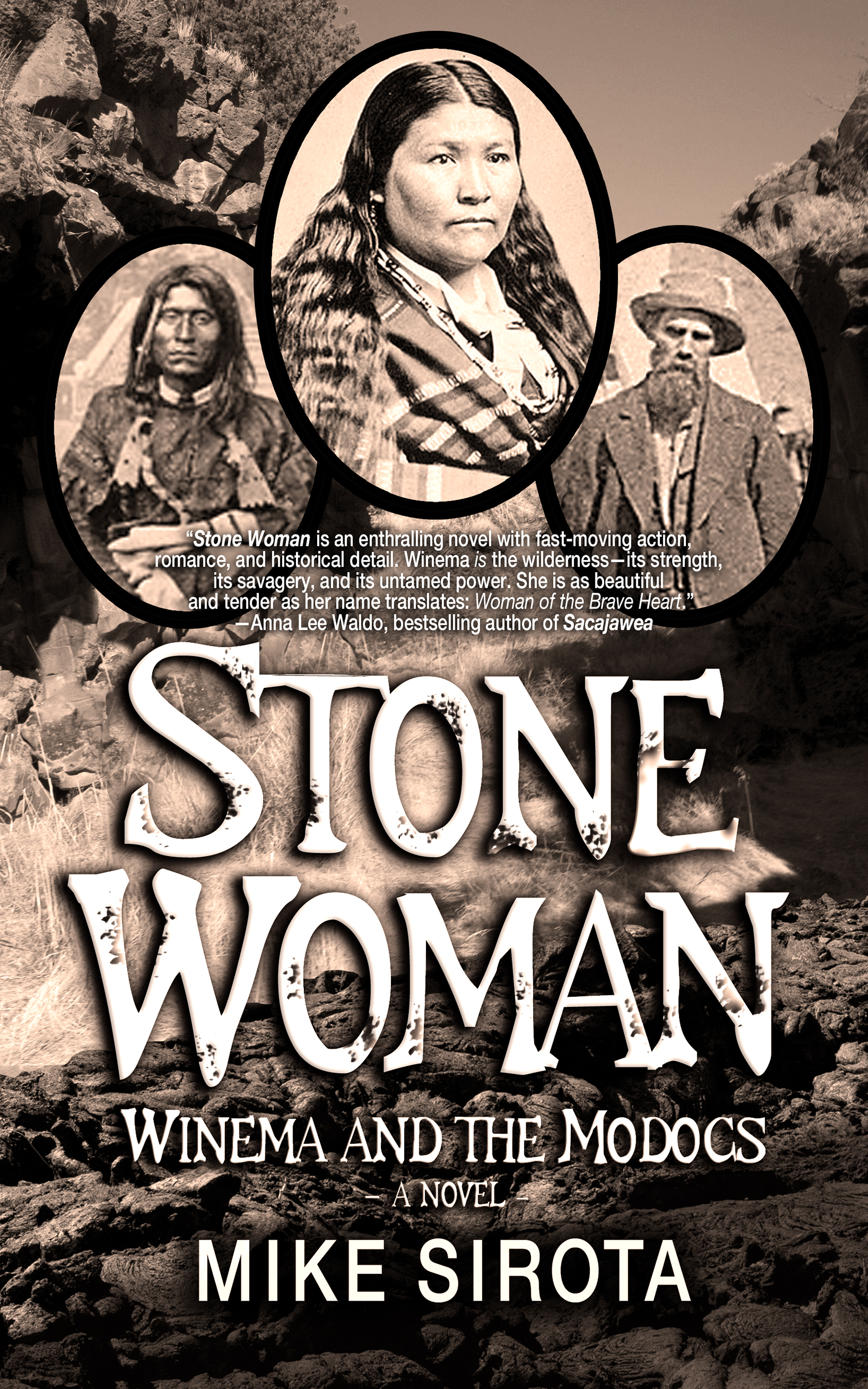 Modoc Well. The story takes place in northern California, near the Oregon border, and involves a demon suggested by the mythology of the Modocs, a semi-nomadic indigenous People who for centuries roamed that area of the two states. (Bantam ultimately published the novel in 1991 as The Well, and I republished it a couple of years ago under its original title.) Since the first few chapters would take place during the 1850s, I did my due diligence as a professional writer and undertook a great deal of research on the Modocs, a tribe about which I knew little.

What I discovered blew me away and, quite honestly, transcended all fiction.

The whole time I worked on the horror novel, I could not get the real story of the Modocs out of my head. I even wrote a “statement” chapter in The Modoc Well in which my main character takes his family to the Lava Beds National Monument, site of the Modoc War with the U.S. Government. There, he gives them a brief overview of what happened to the People. (Have a look at my post: “The Modocs: Reality and Myth,” for that story.) 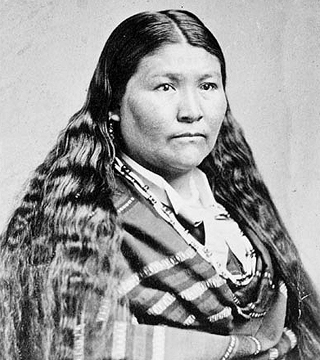 Winema, “Woman of the Brave Heart”

The Modoc War took place over a period of six months spanning 1872-73. Stone Woman (subtitled Winema and the Modocs) covers the two decades preceding the war through about four months of its aftermath. What happened to the Modocs was, quite frankly, a microcosm of just about all other indigenous People on our continent. See if this sounds familiar.

White man shows up, professes peace, wishes only to share the land. White man decides he wants most of the land, confines indigenous People to smaller, less fertile areas called reservations. Indigenous People rebel, fight bravely for the right to exist as they have always done. Indigenous People are defeated, many killed, their way of life taken from them forever. Replace the words “indigenous People” with the name of just about any North American tribe, and the story is the same—as it was for the People known as Modocs.

But these People did not go easily. And therein lies their amazing story. A small tribe to begin with, the Modoc fighting force consisted of just over fifty braves, assisted by their squaws. Led by their courageous, enigmatic chief, Captain Jack, the Modocs held upwards of a thousand soldiers, civilian militia, and other Indians at bay for most of those six months from their impenetrable Stronghold in the foreboding Lava Beds. Nor did they lose a single brave during the first four months, while their attackers suffered many casualties. Tribal dissension and a lack of food, water, and ammunition finally did them in. 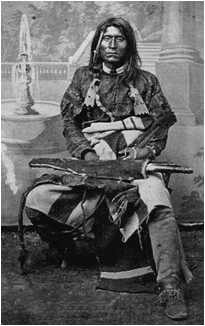 I thought that my interest in doing this story might wane after I finished the horror novel. On the contrary, it would simply not let go. I wanted to do another horror novel, but by the early eighties the market for horror had already peaked and was now in decline. Besides, I could not stop thinking about the Modocs, and while I knew that it would be a massive undertaking, I began more intensive research in advance of beginning the project.

But what approach to take? I did not want to write another history—there were a number of them in print, published by small presses with little distribution or sales. Besides, I was—and always will be—a novelist, so fictionalizing the story was a no-brainer. An easy decision, to be sure, considering that some remarkable “characters” involved in the history had been revealed during my research. I just needed to bring them to life.

Stone Woman is presented primarily through two POVs. Winema is a Modoc woman—a young girl, actually, when the story begins. Frank Riddle is a Kentuckian who comes to California as a teen during the Gold Rush. How this unlikely pair overcomes the taboos of their respective cultures to fall in love is a story worthy of a romance novel. But told within the context of the storm brewing around them for close to two decades—the conflict between whites and Modocs, and the deterioration of an uneasy peace—the story of Winema and Frank becomes even more compelling. Their roles during all those years in helping maintain the peace, and subsequently their efforts as interpreters and negotiators during the war, make them unforgettable “characters.”

BUT WHY SO LONG?

Good question. To begin with, I held a full-time job and had three young daughters, limiting my time. Second, back then I wrote my books on an old electric typewriter, a slow process. And third, my initial draft of what was then called Dreams of Stone numbered 240,000 words. That is not a misprint. Needless to say, just writing it took a few years.

Winema and Frank Riddle, with son Jeff and other Modoc warriors.

Then came some family issues (you know what kind; Tammy Wynette sang about it and spelled it out), which stopped me from writing for a couple of years. Then came a short-lived run of success, in which I published a couple horror novels with Bantam and three science fiction/satire novels with Berkley (though I continued to tweak the Modoc novel). Then came my self-imposed seventeen-year hiatus from writing (still tweaking, but minimally). Finally, the last four years, during which I published three new novels and did some major serious tweaking on what I now called Stone Woman. I “tweaked out” 90,000 words, the length of an average novel, getting it down to a manageable (for a historical) 150,000 words.

Despite the overview I gave you here, this is an incredibly multi-layered story that oftentimes lends credence to the saying, Truth is stranger than fiction. I added a few characters, and inserted dialogue that may or may not have been spoken. Otherwise, Stone Woman offers a real look into the culture of a little-known People and tells of their courageous efforts to defend the life they had always known. I hope that you enjoy it. The eBook is now available on Amazon Kindle; the paperback will follow.