I Knew The Time To Retire Had Come When…

To be honest, I had planned on working into my seventies—where I am now. As a writing coach, editor, and teacher I totally enjoyed what I did, especially when I saw so many of my students and clients find success as published authors. So what changed? I’ll get to that. First, the backstory. 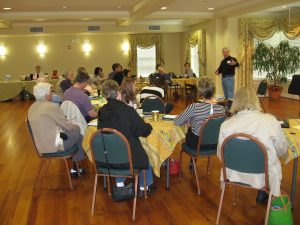 I led this workshop at a writers’ retreat in Virginia.

I could not have been any busier than in 2009, when a December health checkup revealed four blocked arteries and led to quadruple bypass surgery. Okay, that slowed me down a bit, but I got right back up on the horse in January. Keeping busy helped me deal with the early part of that nightmare time. By the latter part of 2010 I had increased my workload and was also back on the conference circuit, leading workshops at no less than three in just a couple of months, including one in Alaska. I even published a new novel of my own in early 2011!

A few years later, after dealing with some other non-related health issues and helping my amazing bride with a few of her own, I decided that, financially, I could slow down a bit and primarily work with my established writers. Heck, they were wonderfully coachable, fun to work with, and their writing was at a high level. I shed the writing conferences and phased out the read-and-critique workshops that I led in my home. I did, however, take on a new client now and then, though only after I had screened them—and their writing—to the max. The stress of my work was all but non-existent, just the way I liked it.

Then, about four-five years ago, I made a big mistake—I let greed get in the way. So now I have some ’splaining to do. Here’s the story.

A guy from back east—let’s call him Joe—called and asked if I could evaluate his manuscript. I grilled him in my inimitable way, and a yellow flag soon went up. The most conscientious writers seek the help of a professional because they are dedicated to improving their work. Others—and I encountered plenty of this ilk—just want their “wonderful” project validated and have little intention of working to make it better.

Okay, the yellow flag on Joe hinted that he was somewhere in the middle—he reluctantly said some of the right things—and normally even that would’ve caused me to pass on the project. Then, Joe told me the word count of his manuscript—I charged by the word for evaluations—and it was enormous. I did some quick math and thought, wow, what a payday! I agreed to take the project—and Joe’s check—on. 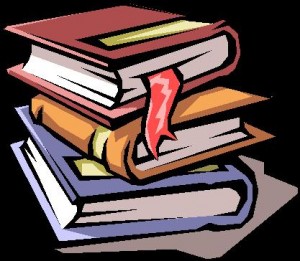 The project was tedious to work on, its huge length the result of what many writers find necessary: using one hundred words when you can say the same thing in twenty words. Or less. The storyline had a slight grain of promise, though only with extensive rewrites. My written evaluation was one of the longest I’d ever had to prepare.

I never heard from Joe again—thank the Great Spirit.

Time to fully retire. Which I did. Guess I should thank Joe for that.