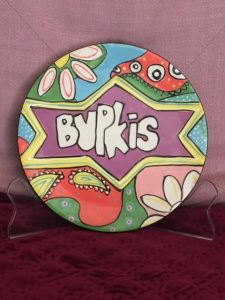 With seven-plus decades in the rearview mirror I’ve had plenty of time to collect a whole lot of “stuff.” Here is a look at some more “Curious Possessions” floating around my domicile.

MUCH ADO ABOUT “NOTHING”

Yes, “nothing” is pretty much what bupkis means, and I’ve used it a lot throughout my life. It’s a Yiddish word, and Yiddish words tend to say a lot with just a little. Naturally, I was thrilled to come across this “Bupkis” plate some years back.

Here are some examples of its usage:

“That fool knows bupkis about politics.”

“You want a donation to the ‘Save the Cockroaches’ fund? Bupkis is what I’ll give you.”

“I know bupkis about rugby, soccer, or quantum physics.” 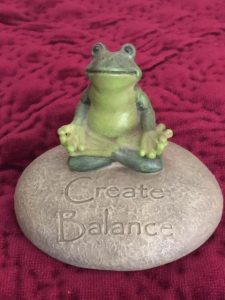 This frog reminds me to be mindful and balanced. He’s always by my side as I do my own meditating.

I’ve been a dreamer most of my decades…sometimes to my detriment. But the message on the stone (below) came to me after I learned to incorporate more balance in my life. 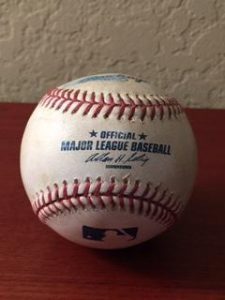 THERE IS ALWAYS A FIRST TIME

I had been to a gazillion baseball games by the time I reached my fifties, but I’d never caught a ball in the stands. Then, at a Padres-Rockies game at old Qualcomm Stadium, the ball you see here floated right into my glove as my bride and I sat in the Club level behind the plate. I got a rousing ovation for the catch. Unforgettable moment.

And speaking of baseball, I have tons of Padres giveaway items collected over the years, much of it stashed out in the garage. But the lucky gnome (below) occupies a prized shelf in my man cave. 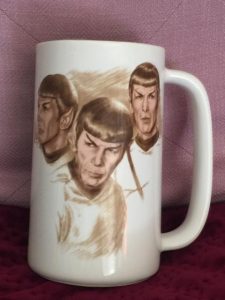 I discovered—after his passing—that Leonard Nimoy and I were distant relations. Ah well… My “limited edition” Spock mug, which I purchased decades ago, is probably worth a lot these days. But I’ll never part with it. Way too special. 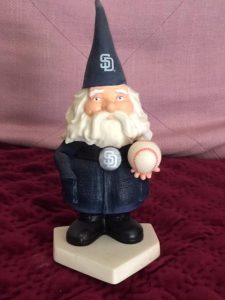