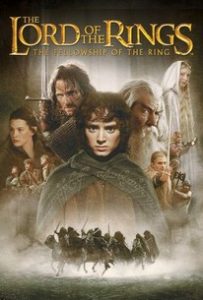 I absolutely love The Lord of the Rings, both Tolkien’s classic novel and the sprawling epic film series of Peter Jackson. There are countless memorable lines from the latter, which makes the following merely a small sample.

THE FELLOWSHIP OF THE RING

Gandalf (when told he’s arrived late): “A wizard is never late, Frodo Baggins. Nor is he early. He arrives precisely when he means to.” (I saw a quote just like this on Facebook. 😊)

Frodo: “I wish the Ring had never come to me. I wish none of this had happened.” To which Gandalf replies (in what could be an allegory to the current state of the world): “So do all who live to see such times. But that is not for them to decide. All we have to decide is what to do with the time that is given to us. There are other forces at work in this world, Frodo, besides the will of evil.”

The Fellowship prepares to embark on its quest.

In a lighter scene Aragorn tells Merry and Pippin, “Gentlemen, we do not stop till nightfall.” Pippin asks, “What about breakfast?” to which Aragorn replies, “You’ve already had it.” “We’ve had one, yes,” says Pippin. “What about second breakfast?” Aragorn walks off as Merry says, “I don’t think he knows about second breakfast, Pip.” A nonplussed Pippin asks, “What about elevenses? Luncheon? Afternoon tea? Dinner? Supper? He knows about them, doesn’t he?” “I wouldn’t count on it,” Merry tells him.

Boromir (advising the Fellowship that their quest will not be a stroll in the park): “One does not simply walk into Mordor. Its Black Gates are guarded by more than just Orcs. There is evil there that does not sleep, and the Great Eye is ever watchful. It is a barren wasteland, riddled with fire and ash and dust, the very air you breathe is a poisonous fume. Not with ten thousand men could you do this. It is folly.”

Frodo (to Galadriel): “I know what I must do, it’s just that…I’m afraid to do it.” Her reply: “Even the smallest person can change the course of the future.”

Frodo (to Samwise): “Go back, Sam. I’m going to Mordor alone.” To which the loyal Sam replies, “Of course you are. And I’m coming with you.”

Samwise (thinking about the uncertain future): “I wonder if people will ever say, ‘Let’s hear about Frodo and the Ring,’ and they’ll say, ‘Yes, that’s one of my favorite stories. Frodo was really courageous, wasn’t he?’”

Gollum (arguing with his alter ego, Smeagol): “We wants it, we needs it. Must have the Precious. They stole it from us. Sneaky little hobbitses! Wicked, tricksy, false!”

Gandalf (to Aragorn): “The veiling shadow that glowers in the East takes shape. Sauron will suffer no rival. From the summit of Barad-dur his eye watches ceaselessly. But he is not so mighty yet that he is above fear. Doubt ever gnaws at him. The rumor has reached him. The heir of Numenor still lives. Sauron fears you, Aragorn. He fears what you may become. And so he will strike hard and fast at the world of Men.”

Ugluk (an Orc that has just beheaded one of his fellows who wanted to eat Merry and Pippin): “Looks like meat’s back on the menu, boys!” (Gotta admit, I love this line!) 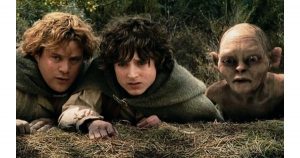 Gandalf (to the creepy Wormtongue): “Be silent. Keep your forked tongue behind your teeth. I did not pass through fire and death to bandy crooked words with a witless worm!”

Gimli (after being warned that the trees in Fangorn Forest have feelings and can speak): “Talking trees. What do trees have to talk about, hmm…except the consistency of squirrel droppings?”

Eowyn (impressing Aragorn with her swordplay): “The women of this country learned long ago, those without swords can still die upon them. I fear neither death nor pain.” When asked what she fears, Eowyn replies, “A cage. To stay behind bars till use and old age accept them and all chance of valor has gone beyond recall of desire.”

Treebeard (mourning the death of his fellow trees): “Many of these trees were my friends. Creatures I had known from nut or acorn.”

THE RETURN OF THE KING 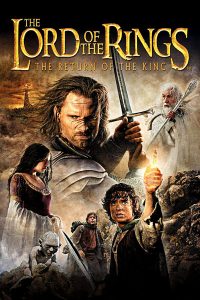 Samwise (with Frodo, both exhausted): “Do you remember the Shire, Mr. Frodo? It’ll be spring soon. And the orchards will be in blossom. And the birds will be nesting in the hazel thicket. And they’ll be sowing the summer barley in the lower fields…and eating the first of the strawberries with cream. Do you remember the taste of strawberries?” Frodo replies, “No, Sam, I can’t recall the taste of food…nor the sound of water…nor the touch of grass. I’m…naked in the dark, with nothing…no veil…between me…and the wheel of fire! I can see him…with my waking eyes!” The loyal Samwise tells him, “Then let us be rid of it…once and for all! Come on, Mr. Frodo. I can’t carry it for you…but I can carry YOU!”

Pippin: “Is there any hope, Gandalf, for Frodo and Sam?” Gandalf’s reply: “There never was much hope. Just a fool’s hope.”

Arwen (who has chosen not to leave with the Elves, given her love for Aragorn): “From the ashes, a fire shall be woken. A light from the shadow shall spring. Renewed shall be the blade that was broken. The crownless again shall be king.”

King of the Dead: “The dead do not suffer the living to pass.” To which Aragorn replies, “You WILL suffer me!”

Gimli (preparing to do battle): “Certainty of death. Small chance of success. What are we waiting for?”

You do NOT want to mess with Eowyn.

Aragorn (rallying the troops): “Hold your ground, hold your ground! Sons of Gondor, of Rohan, my brothers! I see in your eyes the same fear that would take the heart of me. A day may come when the courage of men fails, when we forsake our friends and break all bonds of fellowship, but it is not this day. An hour of wolves and shattered shields, when the age of men comes crashing down! But it is not this day! This day we fight! By all that you hold dear on this good Earth, I bid you stand, Men of the West!”

Gandalf: “Farewell, my brave Hobbits. My work is now finished. Here, at last, on the shores of the sea…comes the end of our Fellowship. I will not say do not weep, for not all tears are an evil.”

The Lord of the Rings trilogy is a veritable quote machine. Some more may be in order, farther down the road.