A GUILTY Pleasure? I Think Not… 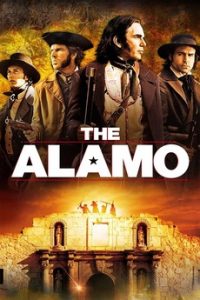 By my own set parameters the 2004 film, The Alamo, should be a Guilty Pleasure of the highest order. Its reviews were negative, and it is considered one of the biggest box-office bombs of all time. But I have always felt it is an excellent film that offers a fair, informative account of what occurred at the famous battle in San Antonio, Texas over 180 years ago.

KING OF THE WILD FRONTIER

Like many Baby Boomers I first learned about the Alamo in the 1950s courtesy of Walt Disney and Fess Parker. The adventures of Davy Crockett (the real Crockett preferred “David”) captivated us kids, and we were sad to see that he died fighting at the Alamo. But the brief series was so popular that Disney produced a number of prequels to keep us happy. And yes, I did have the coonskin cap, though wearing it in the mean streets of The Bronx, where I grew up, it often got mistaken for a very large rat. 😊 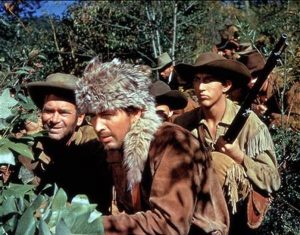 John Wayne produced, directed, and starred in a popular version of The Alamo in 1960. He played Davy Crockett in what many considered a “historically inaccurate” version of the story. (Frankie Avalon even had a role in the film for the teeny boppers in the audience.) The historical consultants that worked on the film ultimately requested that their names not be associated with it. I enjoyed this action-filled version—especially the awesome soundtrack—but in later viewings I was turned off by scenes with Wayne and his blatant flag waving.

Circumstance had me visiting San Antonio in 2003. I spent a good deal of time at the Alamo, of course—now lost amid the many downtown high-rises—and I saw an informative Imax documentary about the famous mission at a nearby theater. The buzz around the city at the time was that a new, grandiose version of the story was currently being shot at a ranch outside Austin, about eighty miles away. (The recreation of the Alamo mission, and the town of San Antonio de Bexar as it appeared in the 1830s, comprised one of the largest movie sets ever.) Ron Howard was producing the film, and he had a great reputation for backing winners. The cast included Dennis Quaid (Sam Houston) , Billy Bob Thornton (David Crockett), Patrick Wilson (William Travis), and Jason Patric (Jim Bowie), among others, so what could possibly go wrong? But sadly, it did. 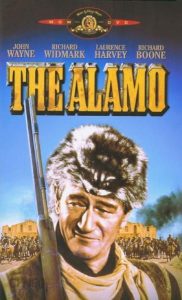 If you put ten film critics in a room, you’ll get twelve different opinions. Some enjoyed the battle scenes but found all of the historical detail ponderous. Others liked the historical aspect but thought the battle scenes were over the top. To me, it was the perfect balance, and I learned a great deal more about the political ramifications of the battle—from both sides. We are flies on the wall at a number of staff meetings led by General Antonio López de Santa Anna, the “Napoleon of the West.” Right or wrong, the Mexican dictator did have a point of view.

No synopsis here, but I will present the structure of the story. It opens after the battle, with the camera panning across countless bodies from both sides sprawled on the ground. Flash back a year earlier, where Sam Houston comes to Washington, DC to recruit potential settlers for Texas after the recent defeat of the Mexican army at San Antonio de Bexar. His main target is David Crockett, who is about to lose his seat in Congress. Later, Crockett will arrive at the Alamo with about thirty men from Tennessee, where he announces, “I told them folks (politicians) you all can go to hell, I’m going to Texas!” Ultimately, about 180 men will take refuge in the Alamo mission to do battle with thousands of Mexican troops, led by Santa Anna himself. 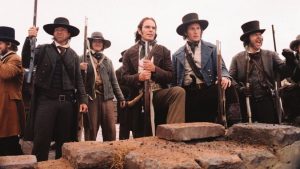 The defenders of the Alamo prepare to meet their fate.

After the thirteen-day siege of the mission, and the battle itself, we see the Mexican army trying to hunt down Sam Houston and his forces. With the cry of “Remember the Alamo!” Houston defeats Santa Anna in one of the shortest battles ever (the Battle of San Jacinto). Santa Anna, in exchange for his life, cedes all of Texas to Sam Houston.

The acting in this version of The Alamo is top-notch all around, but my personal favorite is Billy Bob Thornton’s portrayal of David Crockett. He is the calming force for the men at the Alamo, given the tension of the long siege. He also buffers the bickering commanders of the fort, Colonel Travis (commissioned soldiers) and Jim Bowie (volunteers). In my arguably favorite scene, as the Mexican band plays a military march at night to deprive the men of sleep, Crockett takes his fiddle to the top of the fort and accompanies them. His tune is so soothing that the band finally stops; the whole area falls silent, and Crockett says, “It’s amazing what a little harmony can do.” 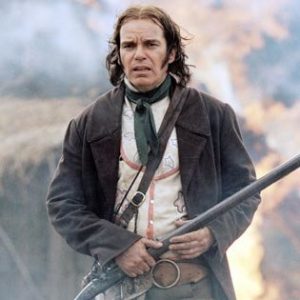 According to the historical record of one of the Mexican officers, Crockett survived the battle and was brought before Santa Anna. Thornton plays the scene well, first saying, “I thought he’d be taller,” then offering to lead the Mexicans to Sam Houston, so Santa Anna can surrender. His defiance lasts right up until they execute him.

In any case, I will say again that I don’t understand why the 2004 version of The Alamo was so reviled. I will be watching it many more times before the Mother Ship arrives, and I won’t feel guilty about it at all.