A Dog Story With A Ghostly Ending

As a writer I don’t often use the old cliché, “Love at first sight.” But that’s what happened the first time I saw Barney. This runty German shepherd, about two months old at the time, sat by himself in a large cage inside an Indianapolis pet shop. There were other dogs up for sale, including two shepherds, and every one of them barked and wagged furiously when they saw me—all except Barney. Seems he had a cold, and the best he could do was a slight wag as we made eye contact. Still, we both knew. 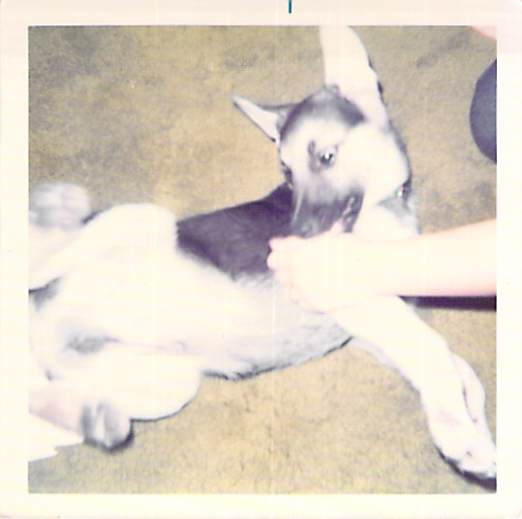 I wasn’t even looking for a dog at the time. Truth be told, having grown up in a Bronx tenement I’d never owned a dog in my life. My job at the time was selling fish tanks, dog bones, bird seed, and all other pet supplies. But when I saw Barney, that was it. The pet shop owner, one of my customers, gave me a deal on the little guy. I called my (then) wife in Cincinnati and told her that I was bringing home a friend.

And what a friend Barney turned out to be. Way more than a friend; he was my kid. Once over his cold he turned out to be the most playful, loving dog anyone could ever hope for. He spent his first year with us in Ohio, and then he became a California dog when we moved out here. He and I took long walks—and I mean long—around our San Diego neighborhood, and we hiked in the nearby foothills, where I could leave him off his leash to run free. He loved that.

Our favorite game involved a baseball bat and a softball. I would hit the ball out, and Barney would tear ass after it, usually catching it on the run as he looked behind him. He seldom missed one. Twenty-five, thirty times, until he finally wore out and lay down in front of me, clearly indicating No mas, Dad. 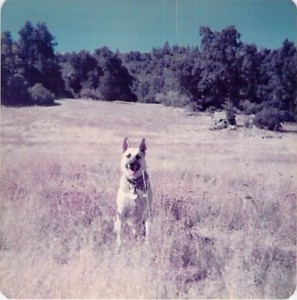 This is one proud fella!

At ten years old, he suddenly could not chase the ball anymore, nor could he even walk too far. He deteriorated quickly, and one night, as I sat on the couch and he lay at my feet, he suddenly rose on shaky legs and began trembling. I got down on the floor and held him. A few minutes later he died in my arms.

Tormented over losing him, I dreamt about Barney for a long time after that. Years later, while sprawled out on the couch in my apartment, something weird and wonderful happened. I had music playing—David Benoit, smooth jazz—and while half in, half out of sleep, Barney appeared at my side. Dreaming? Maybe—but consider this: I could still hear the music playing, and even more, I could SMELL Barney. His familiar doggie scent, which I loved, filled the room. He put his paw up on me as if to say, I’m okay, Dad. Really. And then he was gone.

You can believe this, or not. I’m just telling you what happened.

Soon after that I put final closure on Barney—more or less. In my satirical science fiction novel, Bicycling Through Space and Time, I created what I called an Afterward, a “heaven” of sorts where people and animals go after they die. In my concept, each profession had its own Afterward. For example, Plumbers’ Afterward, Wall Street Brokers’ Afterward (probably real warm there), and so on. In the first book my character, Jack Miller (a thinly disguised me), visits Rock ’n Roll Afterward, where he has an emotional meeting with Harry Chapin (“Cat’s in the Cradle”), one of my idols. Tough scene to write.

But not as tough as the one in the second book, The Ultimate Bike Path. Jack visits Doggie Afterward, where Barney awaits him in a field in a “visitors’ area”. Alongside him are a bat and a ball. A freaked-out Jack begins hitting the 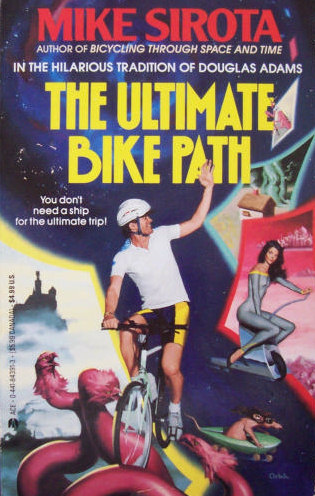 ball, and Barney runs to catch it a few times. He returns with it a final time, drops the ball on the ground and puts his paw up on Jack’s leg. His message is clear: I’m fine here, Dad. Don’t worry about me. He then disappears into the Afterward.

I still think about Barney a lot. Duh, can’t you tell?