This underrated film is an absolute delight. I first wrote about it in 2016. 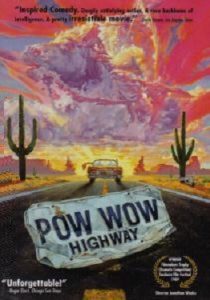 Farmer, a Canadian actor from the Wolf Clan of the Cayuga nation, plays Philbert Bono, a huge, gentle fellow who lives on the Northern Cheyenne Indian Reservation in Lame Deer, Montana. He seems to be on an unending spiritual quest. Quite a contrast from his long-time friend, Buddy Red Bow (A Martinez), an activist with a short fuse who is currently at war with developers that want to strip-mine Cheyenne land. 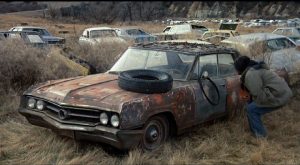 In order to cause Buddy some grief and get him away from the Rez while they deal with the tribal council, the developers arrange for Buddy’s sister, Bonnie, to be arrested on a phony charge in Santa Fe, New Mexico. Her two young children, Jane and Sky, are left to fend for themselves. Buddy is the only family member that Bonnie can call on for help. 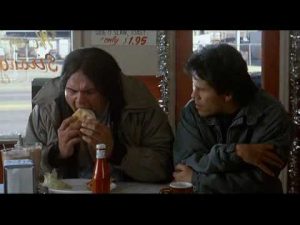 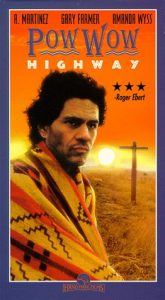