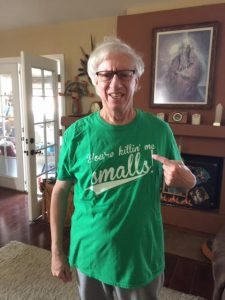 This guy is seventy-six going on twelve.

With the MLB season well underway, I thought it would be a hoot to revisit a 2018 post that offers some great dialogue from a number of baseball-themed movies. Enjoy!

I thought it might be fun to visit a few quotes from some of the most popular baseball movies. Having seen just about every one ever made, I’m sure it would require a whole lot of posts to list all the great lines.

“You’re Killin’ Me, Smalls!” – Ham Porter to Scotty Smalls a number of times in the 1993 coming-of-age gem, The Sandlot. This is one of the most iconic lines from ANY film, having become part of the everyday vernacular. It continues to spawn a variety of merchandise, including tee-shirts. (And yes, I own one.)

Cool story: the actors who played Ham and Scotty have remained friends to this day. Earlier this year they were walking down a city street (NYC, I think) and ran into a guy wearing the tee-shirt. They took a selfie with him, even though he had no clue who they were. 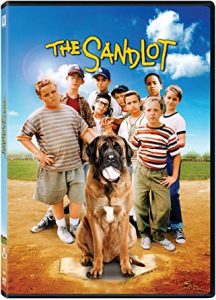 One more line from Ham as he crouches behind the plate and tries to disrupt the batter’s concentration: “You know, if my dog was as ugly as you, I’d shave his butt and tell him to walk backwards.”

“Let’s cut through the crap, Vaughn: strike this motherfucker out!” – Roger Dorn (Corbin Bernsen) to Ricky Vaughn (Charlie Sheen) in arguably the funniest baseball movie ever, Major League (1989). (I admit to having used this line many times during Padres games.)

One more from play-by-play announcer Harry Doyle (the great Bob Uecker): “Heywood leads the league in most offensive categories, including nose hair. When this guy sneezes, he looks like a party favor.”

“Are you crying? Are you crying? ARE YOU CRYING? There’s no crying! THERE’S NO CRYING IN BASEBALL!” – manager Jimmy Dugan (Tom Hanks) to one of his distraught players in the outstanding 1992 film, A League of Their Own. The film is based on the true story of the All-American Girls Professional Baseball League, which began in the 1940s when many MLB players were off fighting in World War II. 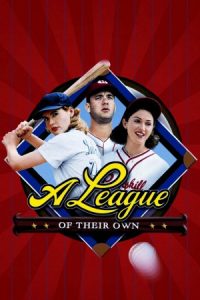 One more from team owner Ira Lowenstein (David Straithairn) to Jimmy Dugan: “Great game, Jimmy. I especially liked that move in the seventh inning when you scratched your balls for an hour.”

“God never said people make mistakes? Where did you hear that shit? He said honor thy mother, and thy father, and thy Yankee contract!” – Al Percolo (Albert Brooks) in the 1994 sleeper, The Scout.

“If you lose the last game of the season, nobody gives a shit.” – General Manager Billy Beane (Brad Pitt) in the 2011 biopic, Moneyball. He also tells one of his players, “You get on base, we win. You don’t, we lose. And I hate losing, Chavy. I hate it. I hate losing even more than I wanna win.” 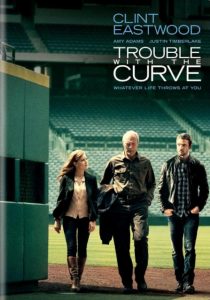 In the 2012 drama, Trouble With the Curve, aging baseball scout Gus Lobel (Clint Eastwood) is in the toilet talking to his penis: “Okay, come on now. Come on, boy. Let’s not take your sweet-ass time about this. Jesus. Okay, that’s it. Ah, good. Don’t laugh, I outlived you, you little bastard.”

Former player Johnny Flanagan (Justin Timberlake) to Gus’s daughter, Mickey (Amy Adams): “You know too much about baseball to be a lawyer.”

I’ll close with a portion of the opening monologue by baseball fan extraordinaire Annie Savoy (Susan Sarandon) in the 1988 classic, Bull Durham: “I believe in the Church of Baseball. I’ve tried all the major religions, and most of the minor ones. I’ve worshipped Buddha, Allah, Brahma, Vishnu, Siva, trees, mushrooms, and Isadora Duncan. I know things. For instance, there are 108 beads in a Catholic rosary and there are 108 stitches in a baseball. When I learned that, I gave Jesus a chance. But it just didn’t work out between us. The Lord laid too much guilt on me. I prefer metaphysics to theology. You see, there’s no guilt in baseball, and it’s never boring, which makes it like sex.” 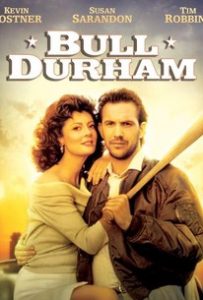 So let’s hear it for baseball. And, of course, GO PADRES!