Here is a point that I always made clear to my writers. I first presented this post in 2015. 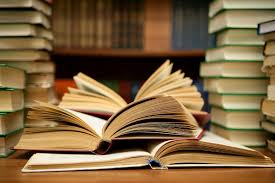 Back in my salad days, when I took on just about any writer who had a pulse, I worked with a woman from the Midwest—let’s call her Helen—who had written, according to her, about three-quarters of a thriller. I first evaluated what she’d completed, and quite frankly, found it lacking in just about every area necessary to make for a readable, compelling novel. But hey, all writers have to start somewhere, and Helen seemed willing to take the input and run with it. And so we moved forward.

Helen had been participating in a read-critique group in her town for a while before our paths crossed, something I’ve always supported. Though a peer group rather than one facilitated by a professional, she received some helpful suggestions, so she said. She continued attending the group over the ensuing year that we worked together, with Helen sending me revised chapters and scenes—though nothing new. To be honest, the revised work was not much better than the original. She just wasn’t getting it.

We finally lost touch, and I figured that I’d never hear from her again. But some years back, after way more than a decade, I got an email from Helen. Took me a while to remember who this was. She was once again working on her novel—the same one—and seemed hell-bent on finishing it. Would I look at it when she was done? Okay, I’d become a lot more discerning since then, but I recalled that Helen was a nice person, so what the heck, I told her that I would. 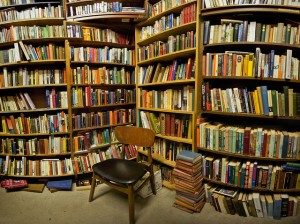 Helen kept me updated on her progress after that, and during our correspondence I learned some things. Had she continued with her read-critique group? No, she pulled out shortly after our work ended. Had she done any further revising, or perhaps written shorter fiction for practice? Also no—too busy helping with her husband’s business, with her kids and grandkids, with her church group, etc. But by gosh, she was determined to finish that thriller and get it published.

With lots of little yellow flags waving I awaited Helen’s opus, which finally came. “Be honest with me,” Helen insisted. “Don’t pull any punches.” Well, I never do that, as many of my writers know. So, reluctantly, I read her manuscript from the proverbial cover to cover. It would take way too long to tell you what was wrong with it. In one word: everything. Other than a basic germ of a plot, this was pure first-draft material, and that’s being generous.

And so, as Helen requested, I did not pull any punches when we reviewed my notes. This time, Helen wasn’t the personable Midwesterner I’d worked with so long ago. Frankly, she was downright pissed. She’d finished the manuscript, and that should have been enough for me to offer high praise on its path to bestseller-dom. Work on it for another year or more? Out of the question.

A few months later that novel was self-published—as is. This is another sore point for me, as many of you know. (See my post, “Self-Publishing: Where’s the Watchman?”)

Where did Helen go wrong? Alluding to the title of this post, writing a novel requires commitment. Assuming you’re well-read in your genre—an absolute prerequisite—you write your first draft from beginning to end, and it doesn’t matter if it takes six months or two years. Just get the story out. Participate in a read-critique group; find a writing coach; sign up for university or community college extension classes on writing; attend writers’ conferences. There are plenty of the latter all over the country, and they are invaluable.

Bottom line: don’t do anything half-assedly. Make the COMMITMENT—or take up needlepoint or jet-skiing instead. There’s just too much bad writing out there.*