This odd coincidence took place at a writer’s conference. I first wrote about it back in 2012. 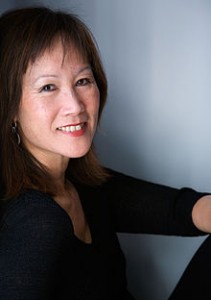 I spent part of last weekend giving workshops at the La Jolla Writer’s Conference in San Diego. One of my presentations addressed the art of scaring the crap out of people in fiction and film, focusing on the difference between subtle horror and in-your-face bloodbaths. I gave the enthusiastic attendees examples of both from some of my horror novels (I favor the former, but trust me, I can do gore and body parts), and I showed them scenes (both subtle but real scary) from two of my favorites, the first Alien movie and the 1956 version of Invasion of the Body Snatchers. Attendees loved it.

Afterward we had a lunch break and were honored to have bestselling thriller author Tess Gerritsen as our guest speaker. I had met Tess at previous conferences, and she’s as neat a person as she is a writer. Among other topics, she spoke about what scared her as a child, and she mentioned that her greatest fear was waking up one morning and realizing that the people who meant the most to her—parents, siblings, etc.—were no longer the same people, that something had taken over their bodies, their souls. The reason this terrified her?

She had seen Invasion of the Body Snatchers. 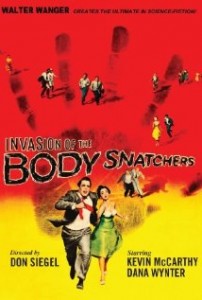 She wasn’t sure, she went on to say, if anyone listening to her even knew of that old black-and-white film, but to her it was the scariest movie ever made. Not that I needed it, but wow, talk about validation! After Tess was done I showed her the DVD and told her that I’d just shown a scene in workshop. She could not believe that coincidence.

So what’s the big deal about a fifty-six-year-old film? Invasion of the Body Snatchers came out during a time of great paranoia in our country. Led by Senator Joseph McCarthy, Americans were finding Communists in every nook and cranny of society. Neighbors, co-workers, fellow students—no one was immune from the whispers and finger pointing. People feared a Communist takeover, and some movies of the 1950s were metaphors for the loss of individuality that would occur under Communism.

The source of the Daniel Mainwaring screenplay was Jack Finney’s 1954 novel, The Body Snatchers. In his story, the alien “pod people” are ultimately driven back to where they came from after courageous Earthling resistance. That’s not how Mainwaring saw it. His original ending had a wild-eyed Kevin McCarthy staggering down a freeway shouting, “They’re here already! You’re next!” But the studio wanted a more optimistic ending and had the screenwriter add a prologue and an epilogue, much to his chagrin. Still, the story proved most effective.

So, with the usual spoiler alert in place, here is a quick synopsis. A shrink, Dr. Hill, is brought in to the hospital to talk to the aforementioned Kevin McCarthy, playing Dr. Miles Bennell. Seems he was found on the freeway, screaming. He’s reluctant to talk, but Hill says that he’ll believe him, and so his story begins. 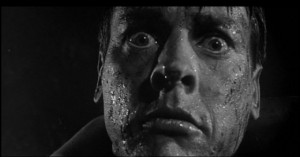 Not a good day for Dr. Bennell…

Days earlier, Miles returns from a conference to his home town of Santa Mira, California. Things are getting weird there. Seems that lots of people are “changing,” according to friends and relatives—and they are. Pods from outer space, when put next to people who are sleeping, replicate those folks. The real man or woman is destroyed (we never see how), and the pod dudes take their place, identical in all ways, except for a total lack of emotions. The film contains one subtly creepy scene after another as Miles and Becky Driscoll (Dana Wynter), an old flame rekindled, slowly realize just what in heck is going on. They love each other, and they can’t imagine what a world without love or other feelings would be like.

After seeing their friends, relatives, and acquaintances change, Miles and Becky realize that they are the only humans left in Santa Mira. Worse, people are loading up trucks with pods to take to other towns. They have to get out; they have to warn authorities about what is happening. 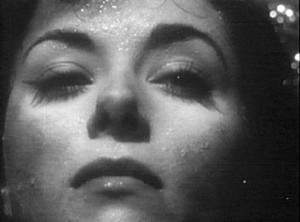 That leads to my absolute favorite creepy scene, the one I showed in workshop. Miles and Becky are fleeing Santa Mira on foot. They know that they have to stay awake, or else—you know. So they stop for a few minutes in a tunnel, and Miles leaves her to check out a noise. When he returns, Becky looks like she’s about ready to fall over. He kisses her, and both he and the viewers know, when they see her cold, creepy eyes and hear the accompanying creepy music, that she ain’t Becky no more. Man, if that doesn’t freak you out, then you just might be one of the pod people yourself!

Miles races to the freeway and does his “You’re next!” thing. Drivers think he’s whacko. This is where the movie was supposed to end. But connecting to the prologue, we’re now back with Miles and Dr. Hill. It looks like they may be committing poor Miles, until an accident victim is brought in. Seems this guy had been crushed under a load of giant seed pods on a truck coming from—yep, Santa Mira. To Miles’ relief, Hill issues a barrage of orders to contact all local, state, and federal law enforcement agencies. End of story. A sorta-kinda ending to be sure, but far less a downer.

Invasion of the Body Snatchers has been remade three times since 1956, but nothing can top this subtle sci-fi/horror classic. The film has been honored by the Library of Congress, the American Film Institute, and many other organizations, and it appears in just about every Top Whatever list for movies of its genre. If you have nothing better to do on a dark and stormy night, check it out.