There are countless memorable lines from movies both classic and not-so-classic. Here are a few more of them. This post first ran in 2015. 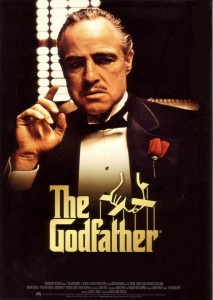 “Leave the gun…take the cannoli.” – Peter Clemenza (Richard Castellano) in The Godfather, the Best Picture of 1972.

“I was the East Coast distributor of ‘involved.’ I ate it, drank it, and breathed it… Then they killed Martin, Bobby, and they elected Tricky Dick twice, and people like you must think I’m miserable because I’m not involved anymore. Well, I’ve got news for you. I spent all my misery years ago. I have no more pain for anything. I gave at the office.” – Terrence Mann (James Earl Jones) to Ray Kinsella (Kevin Costner) in my all-time favorite movie, Field of Dreams (1989).

“Do you remember the Shire, Mr. Frodo? It’ll be spring soon. And the orchards will be in blossom. And the birds will be nesting in the hazel thicket. And they’ll be sowing the summer barley in the lower fields…and eating the first of the strawberries with cream. Do you remember the taste of strawberries?” – Sam (Sean Astin) to Frodo (Elijah Wood) in another Best Picture winner, The Lord of the Rings: The Return of the King (2003).

“We came, we saw, we kicked its ass!” – Peter Venkman (Bill Murray) in the original 1984 Ghostbusters, one of my favorites.

“The whole building is a huge, superconductive antenna that was designed and built expressly for the purpose of pulling in and concentrating spiritual turbulence. Your girlfriend lives in the corner penthouse…of Spook Central.” – another Ghostbusters gem from Ray Stantz (Dan Aykroyd).

“Some men are coming to kill us. We’re going to kill them first.” – James Bond (Daniel Craig) in the 2012 thriller, Skyfall.

“The Secretary is dead. The President has invoked Ghost Protocol. We’re shut down. No satellite, safe house, support, or extraction. The four of us and the contents of this car are all that remains of the IMF.” – Ethan Hunt (Tom Cruise) to his team in Mission Impossible: Ghost Protocol (2011).

So let’s have one more from the most outrageous of the Barden Bellas: “Even though some of you are pretty thin, you all have fat hearts, and that’s what matters.”

“I met him fifteen years ago; I was told there was nothing left; no reason, no conscience, no understanding; and even the most rudimentary sense of life or death, of good or evil, right or wrong. I met this six-year-old child with this blank, pale, emotionless face, and the blackest eyes…the devil’s eyes.” Dr. Sam Loomis (Donald Pleasance) talking about Michael Myers in the 1978 slasher film, Halloween. 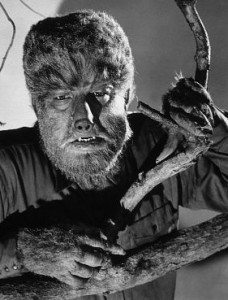 Transformations are a bitch.

“Whoever is bitten by a werewolf and lives becomes a werewolf himself.” – Maleva, the old gypsy woman (Maria Ouspenskaya) to Larry Talbot (Lon Chaney, Jr.) in the 1941 horror classic The Wolf Man. (Actually, I believe she said “verevolf.”)

That’s it for this round. But to paraphrase Jimmy Durante, “I got a gazillion of ’em!”