Tomorrow, August 19th, marks the four-year anniversary of the passing of Jeff Sherratt, a wonderful writer and an even better friend. Knowing that he was terminally ill I wrote a post about Jeff in July of 2012, because I wanted to make sure he got to read it. I also wrote a shorter one on the day after his death. Both of them are presented here.

Jeff Sherratt is a Newport Beach, CA mystery writer with three published novels among his credits. Jeff is also my friend. 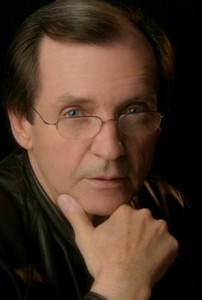 In recent years the younger (and even older) generation has overused the slang word “bro” to the point of meaninglessness, even referring to strangers that way. Not me. In my entire life I’ve only called two people “bro.” The first is my late brother, Alan Sirota.

The second is Jeff Sherratt.

At present Jeff is dealing with some serious health issues. He may not be here next month. Or he and I may be engaging in our usual multi-weekly shtick ten years from now. But I guess we can say the same thing about all of us. Unless we’re Marty McFly, our future lives remain unknown and unwritten. I’ve done newsletters and articles about friends, colleagues, and family that have passed. This time, I want to celebrate the life of someone who, despite his challenges, continues to give so much pleasure to others.

Jeff writes noir mysteries circa early 1970s Los Angeles. His main protagonist, Jimmy O’Brien, is a former cop turned criminal defense attorney. Jimmy is a few notches above bumbling, many notches below Perry Mason, and he exhibits a propensity for getting himself into a hell of a lot of trouble. The books, always humorous, often tense, crackle with an endless cast of quirky characters, sharp dialogue, and witty internals from Jimmy. I would love reading them even if I wasn’t Jeff’s editor and coach. 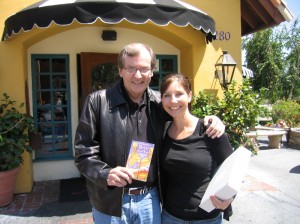 I first met Jeff in 2006. He had heard about me after listening to Michele Scott—another one of my successful writers and a good friend—sing my praises at a Sisters in Crime event. Jeff had already self-published two Jimmy O’Brien novels but wanted to go mainstream with his new story, ultimately titled The Brimstone Murders. Though unfinished, the chapters that he sent me for consideration showed much promise. I agreed to take him on, and our great working relationship began.

This story is indicative of Jeff. We had numerous phone meetings while working on Brimstone, but we’d never met face to face. Learning that he liked baseball, I invited him down to San Diego for a Padres-Cubs game. I suggested that we meet and park north of the city, ride the trolley downtown, take a walking tour (about a mile-and-a-half) along the bay and grab some dinner on our way to the ballpark. I amended the walking part of it by joking, “Unless you only have one leg or something.”

Jeff’s reply: “Actually, Mike, I only do have one leg.”

At first I thought he was pulling my leg (no pun intended). No, he explained, he’d lost a leg in an industrial accident decades earlier. I wanted to crawl in a hole and die a thousand times. Jeff laughed it off and said that he really wanted to do the tour, that we’d just need to stop every five minutes or so for him to rest. We had a great time that day, and I even got to see his artificial limb, which by the start of the ballgame I was referring to as “a wooden leg named Smith.” 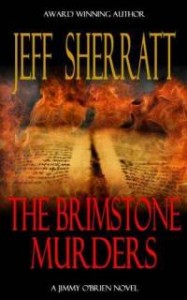 The Brimstone Murders, and subsequently Guilty or Else and Detour to Murder (my favorite) were published by two mainstream start-up publishers. Through the years I worked with Jeff on all of them, and together we’ve had a great ride. He’s currently working on number four, Cyanide Perfume, and he fully expects to take it all the way through to publication. I, for one, believe him, and I’m getting revised chapters back to him as fast as I can.

Jeff’s experiences with mainstream publishing have not been great. (I can relate to that—the reason why I got out of it in the mid-’90s.) A marketing dynamo and top-notch “people person,” Jeff spent many weekend hours at bookstores doing meet & greets and hand-selling trade paperback editions of his books by the thousands. But when the health issues interfered and he could do it no longer, he found out just how little support that publishers in general—and his in particular—gave their authors in the way of marketing and distribution. He subsequently got back the rights to his three titles, published them on Amazon Kindle, and—to use the cliché—the rest is history. His titles have sold in considerable numbers, and he’s been consistently ranked among the highest in a few of Amazon’s crime fiction categories. This success could not have happened to a more deserving person. 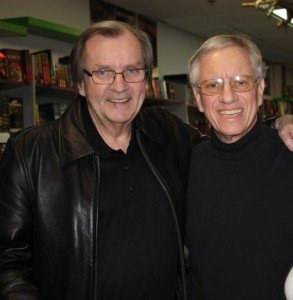 In 2010 Jeff urged me to resume my own writing career after a “retirement” of nearly two decades. In 2011 I published my ghost story, Fire Dance, followed by a second one, The Burning Ground, in 2012. Subsequently I have undertaken the revisions of my nineteen-book backlist, plus about seven or eight unpublished works. I’m also publishing the backlist under my own imprint, and guess who MY coach is? Jeff has helped me through the entire process, even to the point of formatting the files. My upcoming work in my dotage is well defined now.

Talking to Jeff these days, one would never know that he was battling health issues. He is as upbeat, positive, and funny as he was on the first day I hung out with him and his “wooden leg named Smith.” He loves writing; he loves talking about writing and publishing. He hangs out with a number of old friends. He has a wonderful wife in Judy, and a supportive family in his three daughters and seven grandchildren. He talks openly, even philosophically, about his own mortality. Oftentimes I visualize him as the guru sitting cross-legged atop the mountain. He would play that role well.

So keep on writing, bro. After Cyanide Perfume we have at least ten more books to go.

SO GLAD I DID IT

Last month I wrote a post in which I shared some thoughts and feelings about mystery writer and good friend, Jeff Sherratt. At the time Jeff was quite ill, and I wanted to make sure that he, above anyone else, read those words.

Among other things, I wrote the following: “At present Jeff is dealing with some serious health issues. He may not be here next month. Or he and I may be engaging in our usual multi-weekly shtick ten years from now.”

I wrote the latter option with my heart, but my head knew better. 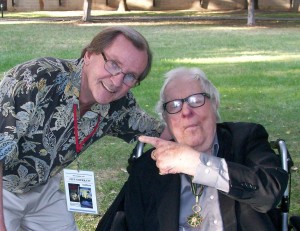 Jeff joins one of his favorites, Ray Bradbury, in the Writers’ Afterward.

Jeff passed away a few nights ago from complications of pulmonary fibrosis. He was seventy years old. His wife, Judy, said that he went quickly and peacefully.

Why did I write about him when I did? As I explained then: “I’ve done newsletters and articles about friends, colleagues, and family that have passed. This time, I want to celebrate the life of someone who, despite his challenges, continues to give so much pleasure to others.”

Now, more than ever I’m so glad that I did this. Jeff got to read the post, and he enjoyed it, responding in his inimitable way: “Wow, I’d like to meet that guy… But wait, he’s talking about me…”

Jeff passed away early Sunday morning. On Saturday we’d sent a couple of e-mails each to the other. For some time now he had been formatting my rewritten old novels for e-publishing, the latest coming back to me a day earlier. Finding an error on my part, I asked him to fix it, which he did. I had also vented about some stupid thing or another a couple of days back—we did a lot of that with each other—so when he returned my repaired file he said that he had some venting to do also. It had to do with his insurance company possibly denying him the option of a lung transplant for some bureaucratic reason. Turned out not to be so, but in the interim I sent him back an imaginary scenario of a bunch of old money-grubbing insurance guys having a meeting and figuring out how to dance around his needs. Jeff e-mailed back, said it was absolutely hysterical, and mentioned that his daughter the lawyer was working on the problem. He finished with these words, “There ought to be a law… But wait, there is a law… Then there ought to be a law that says everyone has to follow the law… But wait…” As usual, that cracked me up.

Those were our last e-mails to each other. More shtick. How apropos; neither of us would’ve wanted it any other way.

The void in my life is already large. It will continue to grow.

I love you, bro. Say hi to everyone in the Writers’ Afterward. I’m sure you will enjoy some long chats with Raymond Chandler, Dashiell Hammett, Mickey Spillane—and your buddy, the newly arrived Ray Bradbury.

You will be missed—but you will never be forgotten.