Mass hysteria may have accounted for these bizarre incidents back in the day. This post first ran in 2016. 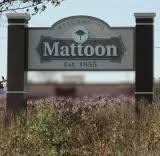 This is one weird story…and I do mean weird. It occurred a long time ago, and to this day the “explanations” are no more than guesswork and speculation. Some even say that the incidents didn’t happen, that they were the result of mass hysteria. In any case, curl up around the campfire, kiddies, and I’ll tell you about the Mad Gasser of Mattoon.

Unless you’re from that area of the Midwest you probably never heard of Mattoon, Illinois. The town, whose last census reported over 18,000 residents, is a couple of hours from St. Louis, about three hours from Chicago. In 1944, with most Americans involved with—or concerned about—World War II, this town managed to snag its share of headlines with the strange occurrences that went on there over a period of two weeks.

Late at night on August 31st a man named Urban Raef was jarred awake by a weird odor. He felt sick to his stomach, and weak. Believing it to be a gas leak from the kitchen stove, he asked his wife to go and check it out. But Mrs. Raef could not get out of bed. Whatever was affecting her husband had also left her legs paralyzed. The same thing happened that night to a young woman who lived close by.

The third incident happened the next night to a woman who noticed a strong odor coming through her bedroom window. As she began to lose feeling in her legs she had her sister call the police, fearing a prowler. The cops found nothing, but shortly thereafter, when the woman’s husband came home from work, he spotted a man hiding nearby. Though unable to catch him, his description of a tall man in dark clothing and a tight cap became the norm for subsequent incidents involving the Mad Gasser—also called the Anesthetic Prowler and the Phantom Anesthetist. 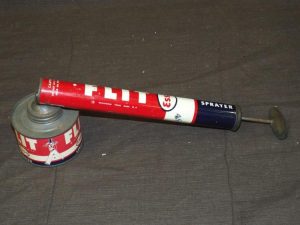 For the next couple of weeks numerous incidents involving the Mad Gasser were reported, many without substance, although various clues were discovered at some of the homes. Among them were a man’s handkerchief supposedly saturated with gas (tests could not confirm this), and a skeleton key that could open just about any door. Attacks were reported, the perpetrator usually attempting to gas his victims with a flit gun, a tool once used to spray insecticide. Women who were victims said that he usually came in through a bedroom window.

At a loss to solve these attacks, local law enforcement wound up calling the FBI for assistance. One of their greatest concerns was the armed vigilante groups being formed by frightened residents. The police chief ordered them disbanded before they caused some real problems. 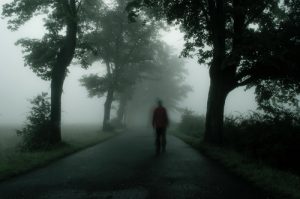 By September 12th the police, after so many unwarranted reports, proclaimed that while there might have been a few real incidents, for the most part these were blown out of proportion by escalating public fears—in other words, mass hysteria. The majority of those who reported incidents were women whose husbands were away at war, which created a sense of high anxiety.

AS QUICKLY AS IT BEGAN, SO DID IT END

Following that announcement, the incidents all but stopped. One notable exception occurred on September 13th, when Bertha Burch claimed that she encountered the Mad Gasser—a woman dressed as a man. Curiously, a woman’s footprints—not Bertha’s—were discovered at the scene.

The Mad Gasser of Mattoon ultimately generated three main theories: an actual attacker, mass hysteria, or industrial pollution. Regarding the latter, the police chief would say that all of the gas “attacks” were caused by chemicals carried by the wind from nearby industrial plants, that there was no Mad Gasser at all.

And, of course, for the longest time the paranormal community has been interested in what occurred back then. Many authors and researchers have written about the Mad Gasser of Mattoon. As noted before, it remains a mystery to this day. 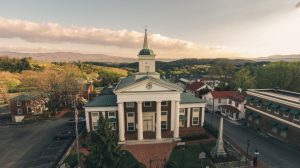 THE PREQUEL TO MATTOON

While the incidents in Mattoon, IL generated the headlines and were imprinted on the public’s consciousness, the Mad Gasser may have made an appearance over a decade earlier in a place over six hundred miles away—Boutetourt County, Virginia. On December 22, 1933 three attacks occurred in Haymakertown at the home of Cal Huffman, ultimately affecting nine people, one of them severely.

A second incident occurred two days later in Cloverdale, when a family returning from church in the morning was overcome by gas inside the house. A nail had been removed from one of the windows, the gas pumped into the house through the hole, probably with a flit gun.

Though fewer incidents than in Mattoon were reported, they continued until February 9th, 1934. Local authorities determined most of them to be hoaxes, or anxiety causing folks to report common odors as gas.

Regarding both Mattoon and Boutetourt County, I guess we’ll never know the real story, will we? If these kinds of incidents happened today, I imagine we would get the real story on cell phone videos or surveillance cameras. Don’t take my word; it probably says so on the Internet.  😊