The first novel that I ever published had the main character getting knocked off in the opening chapter. Really!? This post first ran in 2015.

I’ve never dwelled too much on what happens after I croak. But now that I’m pushing an age that once seemed science fiction, I have to wonder just where I’ll wind up when that time comes. Will my atoms get scattered to the universe? Will I find some paradisiacal afterlife? Will I be reincarnated as a baby in Bangladesh, or in the USA as the illegitimate offspring of some pro football player? It messes with your head. 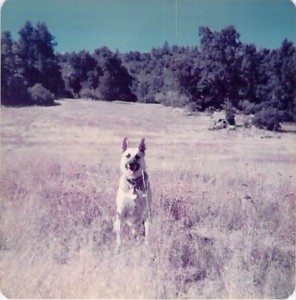 I do believe there is something after death. There is just too much documented evidence to stonewall the non-believers. As for me, more than enough incidents have occurred in my life to let me know that the souls of the deceased are still out there, even staying in touch with loved ones for some reason or another. Most of these experiences are too personal for me to write about at this point. But there is one that I’ve already shared with readers.

If you get a chance, check out my post, “A Dog Story with a Ghostly Ending,” from May 2012. In a nutshell, my beloved German shepherd, Barney, paid me a visit one evening—a few years after he died. I will swear to the high heavens that this happened. It seems that our loved ones do look after us.

A FANTASY WRITER’S TAKE ON THE AFTERLIFE

So maybe I was thinking about life after death back in the late ’70s when I wrote a sword & planet novel called The Prisoner of Reglathium. This book, and its sequel, The Conquerors of Reglathium, became my first two published works. A while back I combined these two books into the single story that I’d originally planned, rewrote and revised them extensively, and published them as Warlord of Maldrinium (World After Death: Book One). 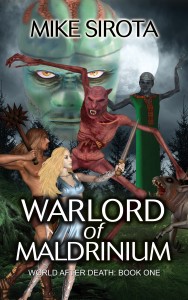 Eric Wayne is a young guy from Iowa (yes, it’s always Iowa, and I wrote this long before I met my Hawkeye bride) who journeys to California to become a stuntman. The first chapter opens like this:

I floated peacefully, languorously, and gazed downward at the bloody, shattered body lying so still on the aseptic table. A thick partition of glass might have stretched out below me to the four walls of the white room, for the frantic sounds that drifted up were muffled, the images slightly blurred. But despite the activity below, despite my own detached interest, I could easily recognize the pallid face that sat atop the mutilated body. It was Eric Wayne’s face—my face.

Riding his motorcycle on an LA freeway, Eric had a run-in with an SUV. Now, close to death, Eric is having an out-of-body experience. Many people have reported near-death experiences such as this. And, like Eric, they also see a brightly lit tunnel, where a long-deceased loved one waits to welcome them to the afterlife. In Eric’s case it is his beloved grandmother. But Eric sees something more: a second, enigmatic passageway.

For as far as I could see, the walls cast an aura that was at once a pale blue interspersed with dancing flecks of brilliant red. The eerie luminescence stretched deep into the dark void, and though I gazed intently within, I saw no end. A feeling of dark, foreboding mystery emanated from the depths of this frightening tunnel. I should have averted my eyes from the almost hypnotic beckoning of the aura, but at first I could not. Finally I did, and only then did I realize the power of the hold it had on me. 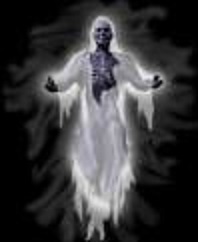 The two tunnels beckon. Eric also feels a slight, inconsequential tug from the remains of his shattered body. As one doctor declares, “There’s no more we can do for him,” Eric enters the tunnel of mystery. He is reborn whole upon the strange and deadly world of Maldrinium as Dannus Erekwane, where his adventures are just beginning. I guess you can call this a fantasy writer’s take on what life might be like after death. We already live vicariously through our characters, do we not?

Warlord of Maldrinium is available from Amazon in paperback and Kindle eBook. Enjoy!