Here are some notable quotes from a few of my favorite flicks. This post first ran in 2016. 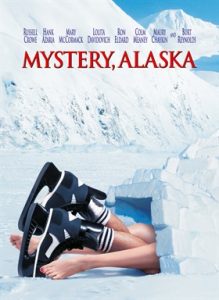 “I play hockey and I fornicate, ’cause those are the two most fun things to do in cold weather.” – Skank Marden (Ron Eldard) to a female reporter in one of the funniest—and raunchiest—films ever, Mystery, Alaska (1999).

“Even a man who is pure in heart and says his prayers by night, may become a wolf when the wolfbane blooms and the autumn moon is bright.” – Just about everyone in the 1941 horror classic, The Wolf Man.

“You told me not to bleach my butthole, and I did it anyway, and now I love my new bleached butthole!” – Bride-to-be Lillian (Maya Rudolph) in the 2011 raunchy chick flick, Bridesmaids.

“And by the way, I can see your gun, unless you’re SO extreme that you have a second dick coming out of your hip!” – Susan Cooper (Melissa McCarthy) in the 2015 comedy, Spy.

“Who are you? What’s your name? Do you have a wife? A girlfriend? Because if you do, I’m gonna find her. I’m gonna hurt her. I’m gonna make her bleed, and cry, and call out your name. And then I’m gonna find you, and kill you right in front of her.” – Bad guy Owen Davian (Philip Seymour Hoffman) to Ethan Hunt (Tom Cruise) in the 2006 thriller, Mission: Impossible III. 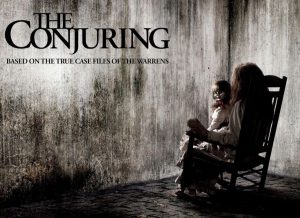 “You have chosen…wisely. But, beware: the Grail cannot pass beyond the Great Seal, for that is the boundary, and the price, of immortality.” – The Grail Knight gives the sobering news to Indy (Harrison Ford) in the 1989 adventure, Indiana Jones and the Last Crusade.

“Everything you see in here is either haunted, cursed, or has been used in some kind of ritualistic practice.” – Ed Warren (Patrick Wilson) in the 2013 horror flick, The Conjuring—one of the scariest movies EVER.

“All we’ve done is show the world that democracy isn’t chaos. That there is a great, invisible strength in a people’s union. Say we’ve shown that a people can endure awful sacrifice and yet cohere. Mightn’t that save at least the idea of democracy to aspire to? Eventually to become worthy of?” – Abe Lincoln (Daniel Day-Lewis) in the brilliant 2012 biopic, Lincoln. 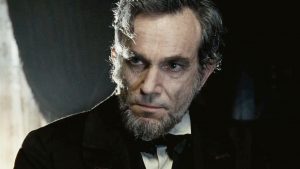 Daniel Day-Lewis was brilliant in his portrayal of Abe Lincoln.

“Well, you see, this is the problem with terrorists. They’re really inconsiderate when it comes to people’s schedules.” – Harry Tasker (Arnold Schwarzenegger) in the 1994 comedy-thriller, True Lies. (What, you thought I could get away without including a quote from the Governator?)

There are only about eighty gazillion more fun movie quotes, so I’ll probably not run out of them anytime soon! Hope you enjoyed these gems.