Throwback Thursday: Along The River Of Lost Souls

Lots of amazing things to see in the Four Corners region. I first presented this post in 2017. 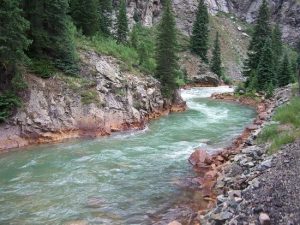 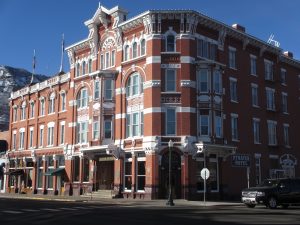 In the midst of Main Avenue stands the venerable Strater Hotel. I just had to visit this place, given that it had been deemed the most haunted site in the state of Colorado by the Daily Meal website. I mean, hotel staff afraid to work on the upper floors? Apparitions all over the place? A “ghost diary” for guests in every room? Nope, some of the staffers told me, nothing like that here. We can get the manager for you, but he’ll tell you the same thing. You want to buy a “ghost diary?” No, we don’t sell anything like that. Talk about denial… Major bummer for a guy like me who loves haunted places. 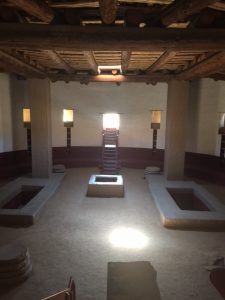 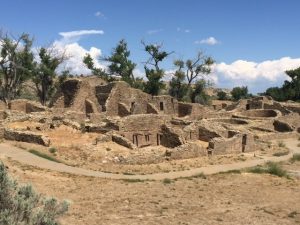 We spent the most time in the reconstructed Great Kiva, where you could feel the energy of those who sat there so long ago to commune with their spirits. To say it was magical would be an understatement. We only left when other visitors arrived, or we might still be sitting there.

Mesa Verde National Park is located about thirty-five miles west of Durango—ten miles closer to the bed & breakfast where we stayed—the Blue Lake Ranch near Hesperus. Ancestral Pueblo people, known as the Anasazi, lived here for seven centuries, from about the year 600 through 1300, before abandoning the cities for reasons unknown. The park’s 5,000 archaeological sites include 600 cliff dwellings. 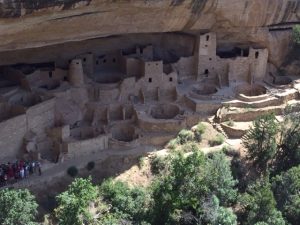 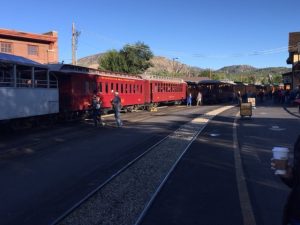 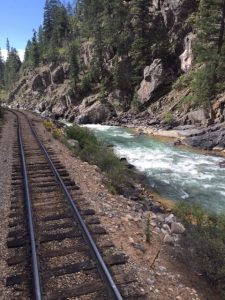 Yes, we came for Mesa Verde, but we discovered so much more along the River of Lost Souls. I highly recommend a visit to the Four Corners region.