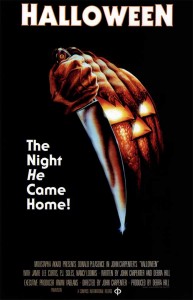 As an old guy living in a gated 55+ community, I no longer have to hand out Halloween candy at the front door, since no one does trick-or-treating. In addition to eating the last two Reese’s peanut butter cups, I get all the ones that come before them! Pretty cool.

These days I spend Halloween enjoying a horror movie marathon…three or four shockers, at least. I may scare the crap out of myself well into the night, assuming I can stay awake. Here is the likely playlist.

This is THE classic Halloween movie, so it is a given. Whatever my other choices are, I watch this one every October 31st. The film was director John Carpenter’s first major success in the genre, and it launched scream queen Jamie Lee Curtis into a long and successful career. Made on a budget of $300,000, it grossed about $70 million, making it one of the most successful indie films ever. It carries a 94% rating on Rotten Tomatoes, and a decade ago the Library of Congress selected it for preservation in the National Film Registry as “culturally, historically, or aesthetically significant.” All this for a film that barely had a promotional budget back in 1978.

Many people credit Halloween as the first in an endless line of teen slasher movies. Unlike many of its successors, the film has a minimal amount of blood and gore. It is just—well, scary. Its success led to half a dozen sequels, as well as a 2007 reboot. What was original in Halloween became cliché in many of the slasher flicks over the next two decades. 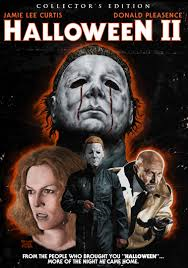 I usually skip this one, but I haven’t seen it in quite a while, so what the heck. It did well at the box office, though it did not earn anywhere near as much as its predecessor and it did not resonate with the critics. But it was a direct sequel to the original, beginning precisely where Halloween ended, with Dr. Sam Loomis (Donald Pleasence) shooting Michael Myers a whole bunch of times, then discovering that the boogeyman simply got up and walked away. Pleasence and Curtis reprise their roles in a film that is more reminiscent of the era’s many teen slasher movies. In other words, a lot more blood and gore.

Once again the title is a bit deceiving. While it does take place on October 31st it is less about the holiday and more about Aokigahara, the so-called Suicide Forest at the base of Japan’s Mount Fuji. If you read this blog you know that I’ve written about this chilling place, where truth is stranger than fiction, a number of times. (See my post, “Myths and Legends: The Angry Ghosts of Japan’s Suicide Forest.”) 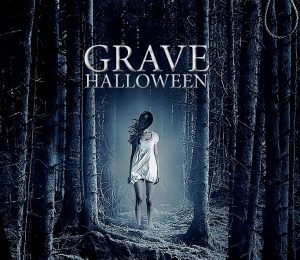 A Japanese-American college student named Maiko is grieving the loss of her mother, who weeks earlier had committed suicide in Aokigahara, so it is presumed. She decides to go into the forest to search for her mom’s body. Two of her classmates accompany her in order to make a documentary for a school project. They are joined by a strange hiker inside the forest and are also followed by three other classmates—the requisite assholes—who pull an ill-advised prank. The consequences are…well, what do you think?